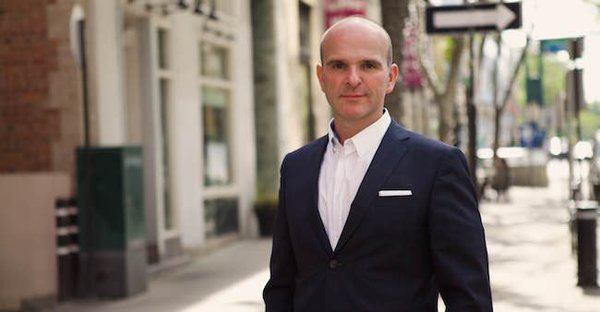 “As a Franco-Albertan, an entrepreneur, and a patron of the arts, I am honoured to serve as Parliamentary Secretary to the Minister of Canadian Heritage. This portfolio encourages Canadians to tell their stories to each other and to the world.  I look forward to working with a dynamic team across the country to share these stories,” said Boissonnault.

Mr. Boissonnault will be assisting Minister Joly with work on files such as celebrating Canada`s 150th birthday, restoring funding to CBC/Radio-Canada, increasing the funding for the Canada Council for the Arts and promoting linguistic duality across the country.

MP Boissonnault was one of 35 esteemed individuals who were appointed as parliamentary secretaries. In making the announcement, Prime Minister Justin Trudeau said, “In order to build a country that works for everyone, you need a strong and diverse team. Today I have the pleasure of announcing that 35 remarkable Canadians will be taking on new and expanded responsibilities. These highly motivated individuals, who come from a variety of backgrounds and communities across our great country, bring a wealth of talent and experience to the table that will complement existing Cabinet strengths.”

Rabbi Kliel Rose congratulated MP Boissonnault on the appointment. He said, “On behalf of our president Steven Katz, the Board of Trustees, and the members of Beth Shalom Synagogue, as well as the entire Jewish community of Edmonton, I want to wish MP Randy Boissonnault a hearty Mazal Tov for his recent appointment by Prime Minister Justin Trudeau as the Parliamentary Secretary to Minister of Canadian Heritage Hon. Mélanie Joly!

“The Jewish community of Edmonton is very proud to have Randy Boissonault represent the Edmonton Centre riding, where many of our Jewish community members reside as well as where several Jewish organizations are located, including Beth Shalom Synagogue, Edmonton’s largest Jewish congregation. Beyond Randy’s success as an entrepreneur, community leader, and philanthropist is his deep commitment to being a stalwart public servant. We who have come to know him recognize that Randy truly embodies a sacred principle of Judaism, Tikkun Olam—an ancient Rabbinic concept defined by acts of kindness performed to perfect or repair the world. This is evidenced in Randy’s long track record of charitable work, both locally in Edmonton and abroad. He has been a staunch champion of literacy for Albertans as well as others around the globe.

“The twenty-ninth ministry reflects a commitment to diversity and inclusion, and is in keeping with the new direction Prime Minister Trudeau has set for the government.”

Rabbi Rose continued, “We wish Minister of Canadian Heritage Hon. Mélanie Joly and her staff a great deal of success; may they continue to be outstanding stewards responsible for Canada’s Arts, Culture, Media, and Sport. We are certain that with Randy Boissonnault on board as the Parliamentary Secretary the Ministry of Heritage will greatly prosper in fulfilling its mission to further Canadian identity and values, cultural development and heritage.”