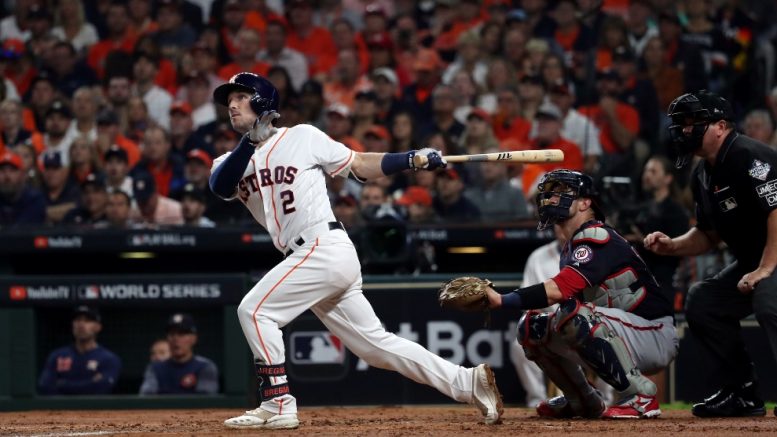 (JTA) — Most of the news surrounding Houston Astros slugger Alex Bregman on Tuesday October 29th focused on his “bat carry” — how he ostentatiously carried his bat down to first base while watching his first inning home run sail over the left field fence before dropping it. He apologized for the move after the game.

It was his third homer of this year’s Series, which also made him the youngest American League player to hit three in a Fall Classic since Mickey Mantle in 1956.

If the Astros win the Series — it heads to a decisive seventh game on Wednesday night — Bregman has a solid case to be its Most Valuable Player. One of his homers was a grand slam and he has 8 runs batted in through the six games.

The accolades keep piling up for Bregman, who had a monster year, hitting .296 with 41 home runs and 112 RBI.

Bregman talked to the Jewish Telegraphic Agency last year about representing Jews on such a big stage and being proud about it.