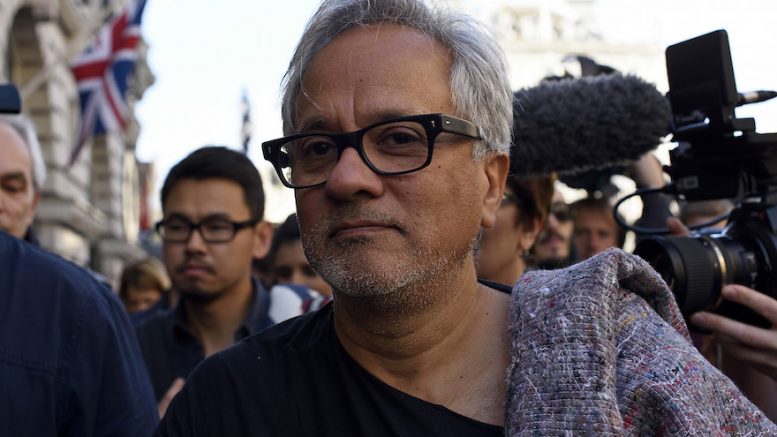 The recipients are the International Rescue Committee, the Multifaith Alliance for Syrian Refugees, HIAS (founded as the Hebrew Immigrant Aid Society), Help Refugees and Hillel International.

Kapoor, the son of a Baghdadi Jewish mother and Indian father, upon receiving the prize in February said he would use his award to help alleviate the Syrian refugee crisis and try to expand the Jewish community’s engagement in a global effort to support refugees. More than 12.5 million Syrians have been displaced during the current conflict, of which some 2.5 million are children.

The funds will assist refugees in northern Uganda, Myanmar, Italy, Greece and France, and assist Syrian refugees. They will help local leaders in communities across America to advocate in support of immigrants and refugees to the U.S. through HIAS, and bring thousands of Jewish students and young adult volunteers together to assemble aid packages for 5,000 Syrian refugees through Hillel International, in collaboration with the American Jewish Joint Distribution Committee.

“Like many Jews, I do not have to go far back in my family history to find people who were refugees,” Kapoor said in a statement. “Directing Genesis Prize funds to this cause is a way of helping people who, like my forebears not too long before them, are fleeing persecution.”

The foundation canceled last year’s award ceremony in Israel at Kapoor’s request, after he said he thought it inappropriate to hold a celebration in light of the worsening refugee crisis “on Israel’s doorstep” in Syria.

The Genesis Prize recognizes individuals who have attained excellence and international renown in their fields, and whose actions and achievements express a commitment to Jewish values, the Jewish community and the State of Israel. It is awarded by the Genesis Prize Foundation in partnership with the Office of the Prime Minister of the State of Israel and the Jewish Agency for Israel.