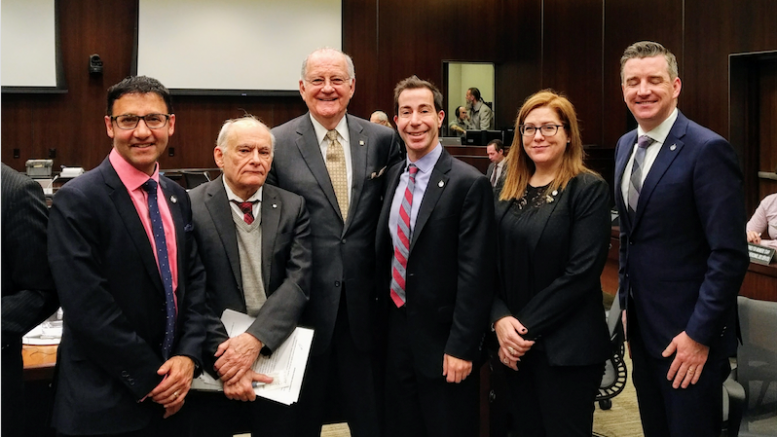 OTTAWA – Recommendations on how to better combat online hatred were made on May 2 by B’nai Brith Canada representatives to the House of Commons Standing Committee on Justice and Human Rights.

As revealed in B’nai Brith Canada’s 2018 Audit of Antisemitic Incidents, expressions of anti-Jewish hatred has increasingly moved online, with 80 per cent of antisemitic harassment having an online component often via social media platforms such as Facebook, Twitter and YouTube. In response, B’nai Brith is urging government bodies to adopt the measures in our Eight-Point Plan to Tackle Antisemitism, which includes developing an action plan to counter online hate.

To read his submission in its entirety, click here.

To read Herman’s statement in its entirety, click here.

Below, find the conclusion to Matas’s submission to the Committee, entitled Combating Online Hatred, where he urges Canada to adopt “principled, effective, general civil and criminal legal remedies” for combating online hate.

They also cannot be so difficult of access that they are effectively unworkable.

The previous Section 13 of the Canadian Human Rights Act went too far in one direction, where easy access could lead to the harassment of legitimate expression.

We need to revive the substance of Section 13 to have a civil tool to combat online hate speech. In doing so, we must make sure we avoid problems in the law that prompted the original repeal of this section.

The Criminal Code, on the other hand, goes too far in the other direction, identifying some forms of incitement to hatred but not enough. We need to make changes to enhance the effectiveness of this remedy.

On July 8, 2005, the Government of Canada signed the Council of Europe Additional Protocol to the Convention on Cybercrime. The protocol addresses the criminalization of acts of a racist and xenophobic nature committed through computer systems.

Almost 14 years later, the protocol has yet to be ratified. The reason may very well be Canada’s overly weak criminal law on incitement to hatred and the absence of a civil law addressed to online hate.

Generally, Canada should ratify the treaties it signs. That is what a signature means, an intent to ratify and comply with the treaty. It is more than time that Canada puts itself in a legal position to ratify this treaty.

In light of the prevalence and harm of online hate, the task in this area has become urgent. B’nai Brith Canada welcomes the fact that the Committee on Justice and Human Rights has taken it on.