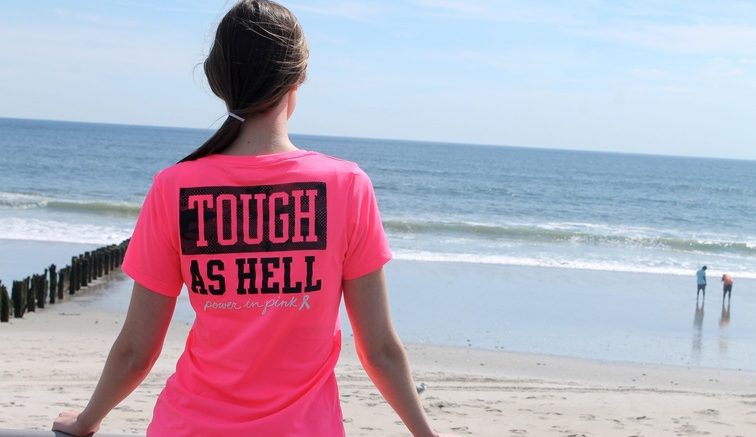 (JTA) — Five years ago, on a whim, Cindy, a 27-year-old Jewish woman, decided to pursue genetic testing through an online laboratory.

She wasn’t expecting any surprises because she had no family history of cancer or increased risk factors. She was young and living a healthy lifestyle.

But Cindy’s results indicated that she had tested positive for a BRCA mutation. She was worried and confused, and needed to understand what this meant for her and her family. Cindy’s story is not an anomaly – women and men can be BRCA-positive, even without a family history of breast or ovarian cancer.

One in 40 Jewish women and men carries a BRCA gene mutation, as compared to approximately 1 in 400 in the general population, placing Jewish families at significantly increased risk for hereditary breast, ovarian and related cancers. This is an urgent concern for the Jewish community at-large.

During October, American Breast Cancer Awareness Month, Sharsheret shared this critical information with thousands via social media, on college campuses and in local synagogues and JCCs across the country. Our mantra is “know your family history” because if you do have a family history of breast or ovarian cancer, you are at increased risk and the BRCA gene mutation may be the culprit. There are steps you can take to catch cancer early, when it can be treated or even cured, or to prevent cancer through life-saving measures including increased surveillance, prophylactic surgery and chemoprevention (the use of pharmacologic or natural agents that inhibit the development of invasive cancer).

The 1 in 40 message isn’t new, but what is new is that medical experts are discussing “population screening,” genetic testing for all Ashkenazi Jews, because individuals without a strong history of breast or ovarian cancer – women like Cindy – may still be BRCA-positive. Knowledge is power and, simply put, genetic testing can save lives.

In July, Sharsheret was invited to participate in a think tank in Israel of American, European and Israeli cancer researchers. Sharsheret was the only advocacy organization present with the medical professionals, invited to represent the patient’s voice. The esteemed group was convened by Dr. Larry Norton, medical director at the Evelyn H. Lauder Breast Center at Memorial Sloan Kettering in New York City.

After much discussion, and a comprehensive review of local studies that focused on genetic testing among Jewish families, the experts’ conclusion, according to Norton, was that “testing all Ashkenazi Jews … finds twice as many people with mutations as testing just those with family histories.”

“Knowing that one has a dangerous mutation could well be life-saving, since one can do things that minimize one’s risks.”

At Sharsheret, we couldn’t agree more with the experts that issues associated with population screening are quite complex and require attention.

Genetic testing can be daunting, and its emotional toll cannot be underestimated. Prior to testing, men and women must have a clear understanding of how positive test results may affect them medically and emotionally. And this is information that also affects families – parents, siblings, children, cousins, aunts and uncles.

Once results are received, one needs to carefully consider how to communicate them to family and friends, and what to do in response.

Making decisions about medical courses of action to pursue after getting results is equally challenging. Careful consideration must be given to other factors such as fertility, breastfeeding and the early onset of menopause. Each one introduces new challenges.

Further, following the think tank, leading cancer researchers estimated that “half of those who could benefit from a life-saving cancer gene test are not eligible for the screening under the current rules.” Women without a family history – women like Cindy – would not likely have these services covered by insurance. Out-of-pocket costs for genetic tests can range from $300 to $5,000.

There is so much to consider – this is just the beginning of the conversation. You are not alone. If you are considering genetic testing, call Sharsheret and speak privately with our genetic counselor and our team of social workers and clinical staff at no cost to you or your family. We will help you understand the genetic testing process; we will assist you in making informed decisions and in finding low-cost or free genetic testing. Cindy did reach out to Sharsheret, and we have been a supportive resource helping her navigate her decision-making processes.

Sharsheret is the only national nonprofit organization that supports Jewish women and families of all backgrounds facing breast and ovarian cancer at every stage – before, during and after diagnosis.

We can’t change the odds of a genetic mutation or diagnosis, but with Sharsheret, no Jewish woman or man will face breast or ovarian cancer alone.

Be the first to comment on "In breast cancer testing, knowledge is power — and potentially distressing"