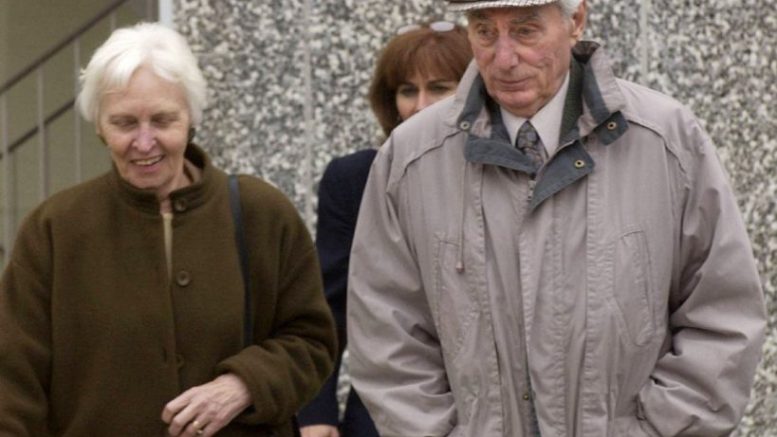 Liberal and Conservative governments have been pursuing Helmut Oberlander since 1995 for lying about his participation in a Nazi death squad when applying for citizenship in Canada. (PETER LEE / THE CANADIAN PRESS FILE PHOTO)

MONTREAL (JTA) — A 93-year-old ex-Nazi stripped of his Canadian citizenship for an unprecedented fourth time is vowing to appeal the decision yet again.

Earlier this month, Canada revoked the citizenship of Helmut Oberlander, a retired developer in Waterloo, Ontario, who has been accused of hiding his Nazi past before obtaining citizenship in 1960. The government had stripped Oberlander of his citizenship in 2001, 2007 and 2012, but the decisions were repealed after appeals by his lawyers.

“We are determined to deny safe haven in Canada to war criminals and persons believed to have committed or been complicit in war crimes, crimes against humanity or genocide,” Pierre Deveau, spokesperson for Immigration, Refugees and Citizenship Canada, said in a statement.

Born in Ukraine, he was forcibly conscripted as an interpreter for the Nazis with Einsatzkommando 10a, a mobile killing unit that executed thousands of Jews in the former Soviet Union. Oberlander has consistently maintained that he never killed anyone.

A statement issued July 26, 2017 by the Centre for Israel and Jewish Affairs hailed the Canadian government’s action.

“We thank and applaud the Canadian government for again stripping Oberlander of his citizenship,” CEO Shimon Koffler Fogel said. “The legal facts in the case are not in dispute: Oberlander was a member of a savage Nazi unit that murdered more than 90,000 Jews in the Holocaust.

“There is no statute of limitations for such heinous crimes.”

Successful appeals for Oberlander and other accused ex-Nazis in Canada have triggered criticism by Jewish bodies that the Canadian government was not doing enough to bring alleged former Nazi war criminals to justice.