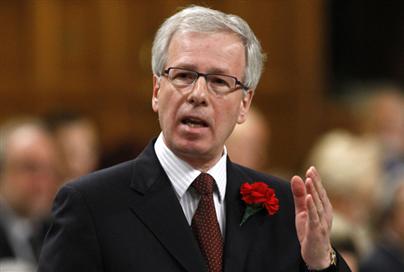 Stephane Dion, a former leader of the Liberal Party, said Canada can help Israel more by returning to its role as an “honest broker” and improving relations with other Middle East nations than continuing the staunchly pro-Israel policies of former Prime Minister Stephen Harper. Justin Trudeau defeated Harper in the Oct. 19 federal election.

“The main difference is that we will stop making it a partisan issue,” Dion told the news website iPolitics.ca in an interview published Wednesday Nov. 14. “Israel is a friend, it is an ally, but for us to be an effective ally, we need also to strengthen our relationship with the other legitimate partners in the region.

Dion, who spoke with the website following the swearing-in of Trudeau’s Cabinet, predicted that Israel will understand Canada strengthening its relationship with other Mideast countries. He said it has been Canada’s traditional role to be an “honest broker” on the world stage.

“I remember in the past, the minister of foreign affairs of Canada receiving a phone call from his counterpart in Israel, asking him to be in touch with a group in Lebanon that was legitimate but not willing to believe what the government of Israel was telling them,” he recalled. “He said to the minister of foreign affairs, ‘I think if it is coming from you, because you have strong links with them, it may help us.’

“I’m not sure today Canada is in a situation to do that anymore and I think we should, in order to help all our partners, including Israel.”

Prior to being sworn in, Trudeau reached out to the Centre for Israel and Jewish Affairs, or CIJA, to reaffirm his support for Israel and his willingness to discuss broader social issues, the Canadian Jewish News reported. CIJA chair David Cape described the 10-minute phone call on Monday as “very warm and very friendly.”

“He reaffirmed his expectation for the government to work closely with the Jewish community and thanked us for all the work we had done,” Cape told the newspaper.

Trudeau said his government “would continue the tradition of multi-partisan support for Israel,” Cape added, “but he said he specifically was hoping we could work together on a broader range of issues.”

Be the first to comment on "Canada to reprise role as ‘honest broker’ in Mideast, new foreign affairs minister says"