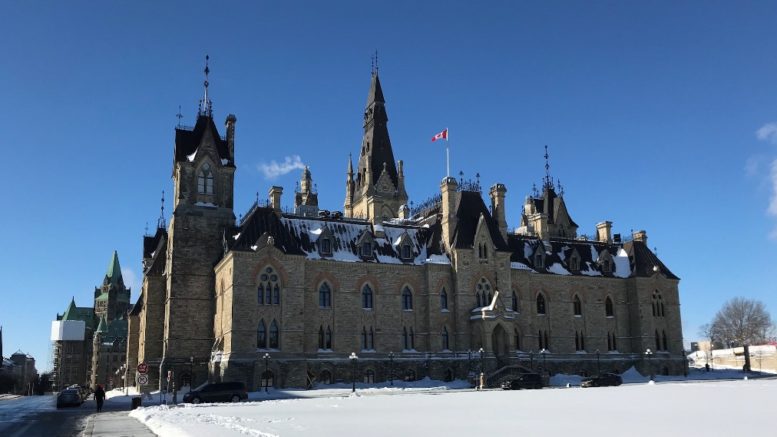 A view of the west block of Canadian parliament, seen in Ottawa, Jan. 28, 2019. (Michel Comte/AFP/Getty Images)

Minister of Canadian Heritage and Multiculturalism Pablo Rodríguez made the announcement on Tuesday June 25, 2019, saying the decision is part of the government’s anti-racism strategy, the $45 million Foundation for Change: Canada’s Anti-Racism Strategy 2019–2022.

The IHRA working definition offers a comprehensive description of anti-Semitism in its various forms, including hatred and discrimination against Jews, Holocaust denial  and, sometimes controversially, the way anti-Semitism relates to the ways criticism of Israel is expressed.

B’nai Brith Canada in a statement called the adoption of the definition “a step in the right direction and something that has long been advocated by B’nai Brith as necessary in identifying and, ultimately, combating anti-Semitism.”

“We will be looking for concrete actions, however, to give its implementation substance and meaning,” the statement also said, noting that it would write to Rodriguez with specific ideas.

NGO Monitor president, Prof. Gerald Steinberg, said in a statement that “Canada adopting IHRA’s definition of anti-Semitism is an important symbolic and declaratory move. We hope that the next steps will pertain to its implementation within Canadian policy, including regarding Canadian international aid and support of NGOs.” Steinberg noted that his organization has “identified Canadian funding that was making its way to actors supportive of BDS as well as theological antisemitism.”

Canada joined the IHRA in 2009 and is one of its 32 member nations.