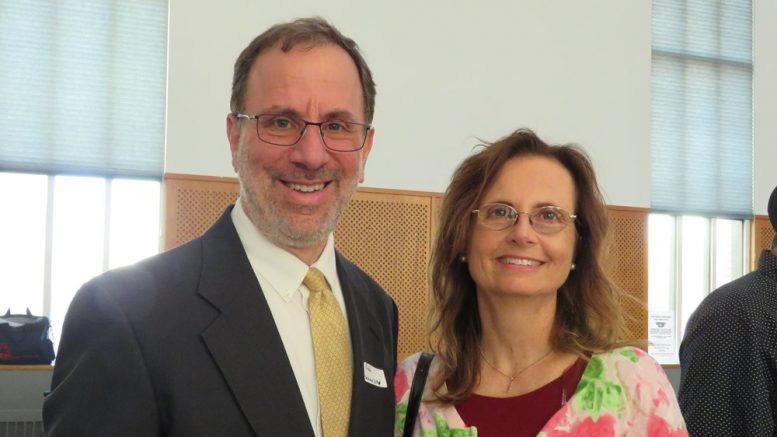 (Edmonton) – We all know the story of Hanukkah. That little jar of pure olive oil miraculously stayed lit for eight days, far past its printed expiration date, and so we get to eat latkes and sufganiyot (both made with oil) to celebrate the victory of light over darkness.

How do we know this story? In the Talmud’s tractate Shabbat, there is the briefest of mentions of the holiday. No, there isn’t a tractate devoted to Hanukkah among the 63 volumes that make up the Talmud. Twenty pages into the tractate about Shabbat, there is a discussion about what sorts of wicks and oils are kosher for use in Shabbat lights, and only then, in the Talmud’s associative way, the rabbis turn to a similar discussion with regard to Hanukkah lights. After covering the fuels, they turn to the teachings of Hillel and Shammai about whether we should start with one and go up to eight, or the reverse. Hillel’s view prevailed, because we want to add holiness and not subtract as we go along.

And only after all this does the Talmud pose a strange question: what is Hanukkah, anyway? If we all know the story about the oil, how could the rabbis of the Talmud not have known it? As it happens, the Talmud is the first source that mentions this story about the lamp staying lit. And this telling of the story is seven centuries after the historical events it relates.

In fact, the story of the Hasmonean revolt, told in the Books of Maccabees (which made it into Christian Bibles, but not the Jewish one), was not about the oil. It was about the Jews of the day deciding to stand up for their history, their tradition, their religion, and their people. They fought against the Seleucid king and his decrees making the practice of Judaism illegal. And they also fought against those Jews of the day who wanted to be like everyone else culturally.

We think of the Hasmoneans as the good guys for standing up for freedom, but they were a rough bunch. And the Hasmonean dynasty was both imperfect and not long-lived.

Perhaps the rabbis of the Talmud chose to focus on the story of the oil to redirect our attention from the violent events of that revolt. If we look at the history of the world over the fourteen centuries since the Talmud reached its final form, we can see the rabbis’ point. There is a time to stand up for freedom and for Judaism. And there is also a time to go a step further and reflect on why we need to do that. What is Jewish life really about? What does it mean in our lives?

Standing up against antisemitism, and defending Israel and Jews everywhere from those who seek to destroy or malign us, is always necessary. But it is only the first step. The next step is to create vibrant Jewish life, in Israel and in the Diaspora, full of rich content that we actively learn and live.

So as we light the Hanukkah lights this year, let’s give thought to what we can do not only to stand up for our right to be Jews, but to learn more about our own tradition and how we can apply it in our lives. Enjoy the latkes and sufganiyot, and celebrate the real miracle, that Jews and Judaism are still here, long after those who would have preferred otherwise are gone.

2 Comments on "Celebrate the miracle"