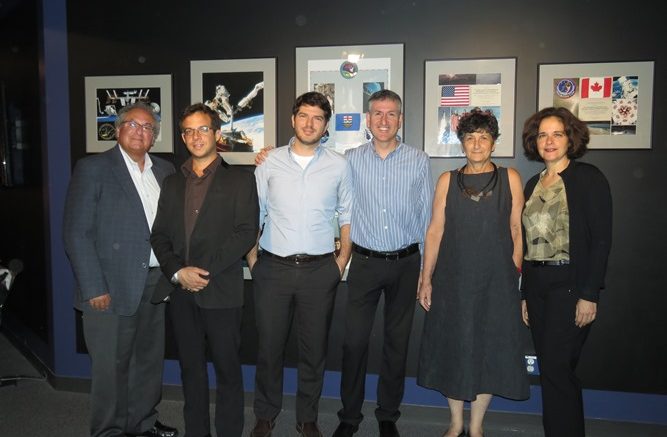 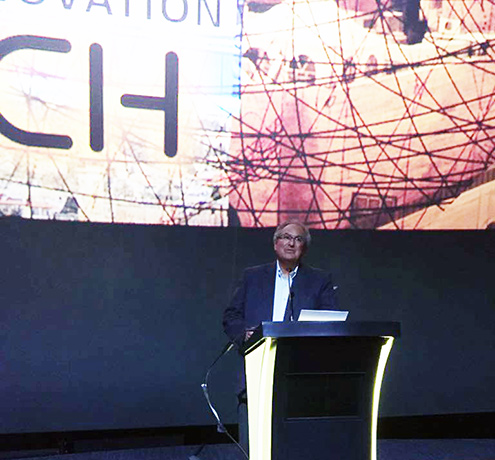 (EJNews) – We tend to think of Jerusalem as a hub of religious study but the Canadian Friends of Hebrew University reminded the Edmonton community that it is also becoming a capital of innovation and technology.

CFHU and the Jerusalem Foundation hosted a very engaging and enjoyable TED TALK style event at the TELUS World of Science on July 18 entitled “Jerusalem of Gold & Tech: Capital of Innovation.”  The evening featured presentations by four different speakers, each of whom represented a different facet of technological innovation aimed at transforming Jerusalem into a thriving 21st Century metropolis.  All four are scientists / technological entrepreneurs but their love for Jerusalem shone through and was evident in every aspect of each presentation.

The event, presented by CFHU and the Jerusalem Foundation, was co-sponsored by TELUS World of Science, the University of Alberta, TEC Edmonton and the Jewish Federation of Edmonton and was held in the magnificent IMAX theatre which perfectly housed the 175 community members who attended.  The theatre itself enhanced the presentations and allowed for gigantic (and in some instances larger than life) visual aids.

The evening opened with remarks from Dina Wachtel, CFHU Executive Director – Western Region, who enthusiastically welcomed the audience and the speakers. The event in Edmonton was the third and final stop on a Canadian tour that started in Vancouver and then moved on to Calgary.

Master of Ceremonies for “Jerusalem of Gold & Tech” was Howie Sniderman, CFHU Edmonton Chapter President and an Associate Member of the Hebrew U Board of Governors, who introduced each speaker with some interesting and sometimes amusing facts that set the stage for each engaging presentation. 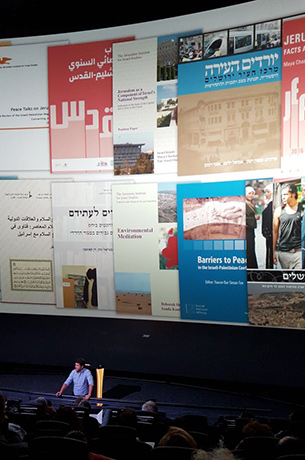 Lior Schillat at the Telus World of Science in Edmonton.

The first speaker was Lior Schillat, Director of the Jerusalem Institute for Policy Research, a think-tank that produces crucial research and analysis of Jerusalem trends. At age 22, he served as a senior advisor to then-Prime Minister Ariel Sharon and went on to co-found an investment firm specializing in cybersecurity and energy. He said that while many people study in Jerusalem and then leave, he is so taken with the city’s beauty that he has dedicated himself to meeting the unique challenges of her demographics.  Countering most of the images of Jerusalem, Lior pointed out some very interesting demographic trends that are rays of hope in a city normally seen solely as a struggle amongst the 3 solitudes: Jerusalem’s non-Haredi (Ultra-Orthodox) Jewish, Haredi and Arab populations.

The next presentation was delivered by Maya Halevy, Director of the Bloomfield Science Museum. For more than 20 years, Maya has been developing a multitude of programming that promotes formal and informal science education in Israel. She has worked closely with the Israeli Ministry of Education to elevate the country’s ranking in Science, Technology, Engineering and Math (STEM) education. She particularly appreciated the location of the Edmonton event at the TELUS World of Science and the importance of engaging children, youth and families from all walks of life in Jerusalem in science endeavors.  Earlier in the day, Maya spent time with Alan Nursall, President & CEO of the TELUS World of Science, to discuss potential future collaboration between the two science museums. 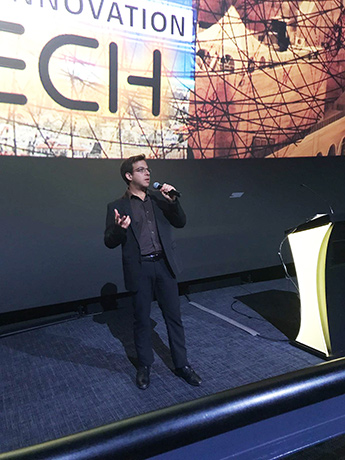 Student Ambassador Yonatan Avraham was the third speaker. He discussed his two startup companies that arose from the Hebrew University of Jerusalem’s HUstart program. Yonatan served as a combat paramedic in the IDF’s Golani Brigade. He said that while many of his colleagues left Israel to travel following their service, he did not have the money to do so and out of necessity he honed his entrepreneurial skills.  He is forever grateful to Canadians for having granted him opportunities that would have otherwise been out of his reach, citing both a full tuition scholarship from a Toronto based benefactor and a grant from the Asper Foundation.  He also noted that one of his current entrepreneurial partners in Jerusalem is a Canadian, further cementing his links to Canada.

The final speaker of the evening was Tamir Huberman, Vice President of Business Development for Yissum, the tech transfer company of the Hebrew University. Yissum was founded in 1964 to protect and commercialize the Hebrew University’s intellectual property.  Tamir blew the crowd’s mind when he explained that in that short time Yissum has registered over 10,000 patents covering 2800 inventions, licensed out over 900 technologies and has spun-off 120 companies. He gave some examples of extremely successful innovations that include Hazera tomatoes (more than 20 different types of long shelf-life tomato that are now the standard worldwide) and MobilEye (the software in automobiles that alerts us if we leave our lane and can even automatically stop our vehicle to avoid an impact if we are coming too close to other vehicles, pedestrians or objects). 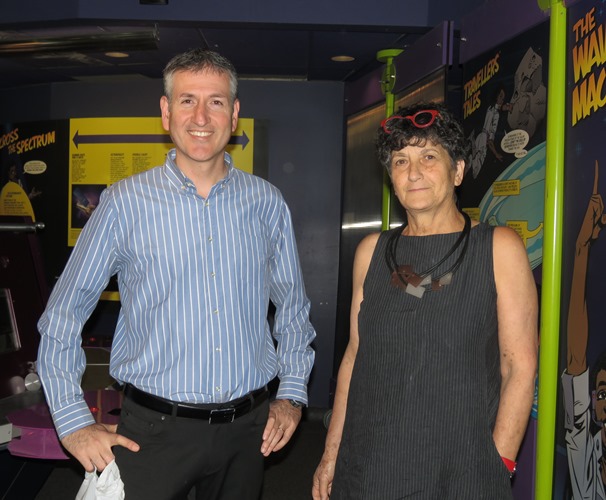 Howie Sniderman closed the evening by thanking the presenters and giving each of them a gift with a uniquely Canadian item – a pair of red and white Canada flag mittens. He said that the chance to provide our community here in Edmonton with the best of Hebrew U. over the years allows us to have a closer connection to Israel and its multi-faceted energy.  The university is, by definition, a place of knowledge and enhancing our understanding of Israel through the lens of education and opportunity for the entire population of Jerusalem helps to make our connections with the country and with Jerusalem that much more meaningful, nuanced and engaging.

The audience then moved to a reception room to mingle, meet the presenters and enjoy refreshments that were provided by CFHU, the TELUS World of Science, and Beth Shalom Synagogue.

The evening was a great success. It was extremely well attended as the crowd was near capacity in the beautiful IMAX theatre. Each talk was interesting, thought provoking and inspirational. Jerusalem is definitely the religious centre of the world but thanks to the efforts of the Hebrew University, it is also becoming a hub of technological innovation, while striving to meet the challenges of its unique and diverse population.

For more information about the Canadian Friends of Hebrew University visit: www.cfhu.org. 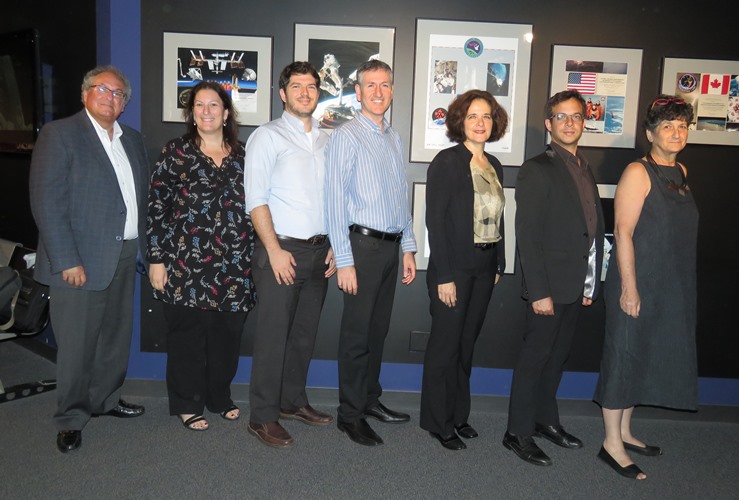 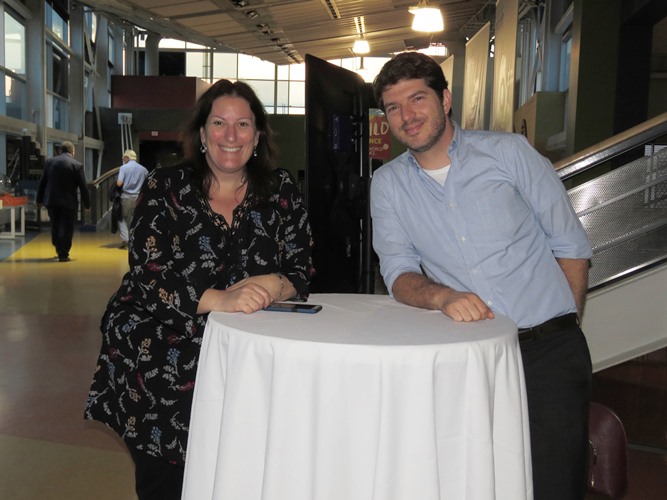 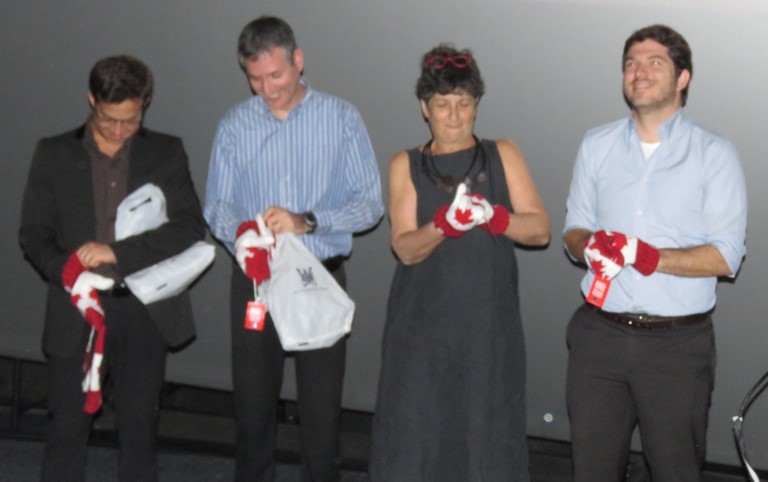 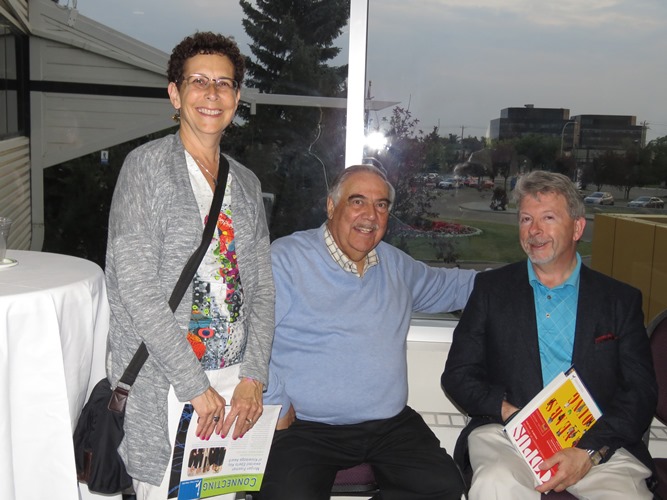 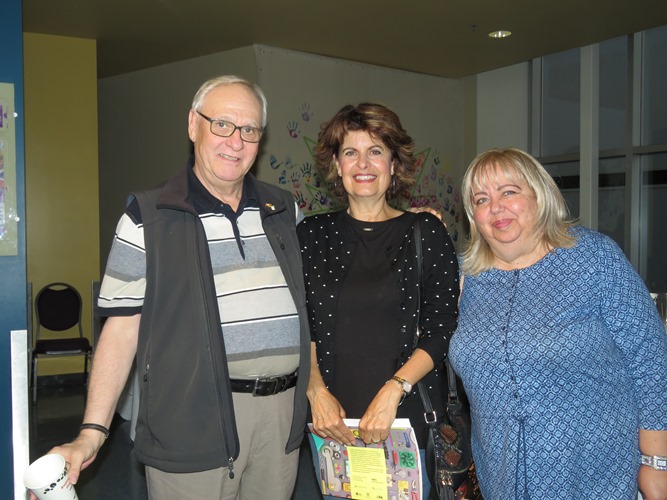 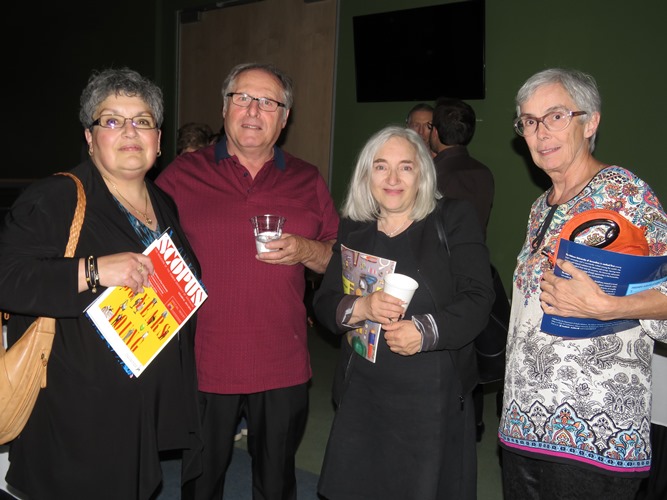 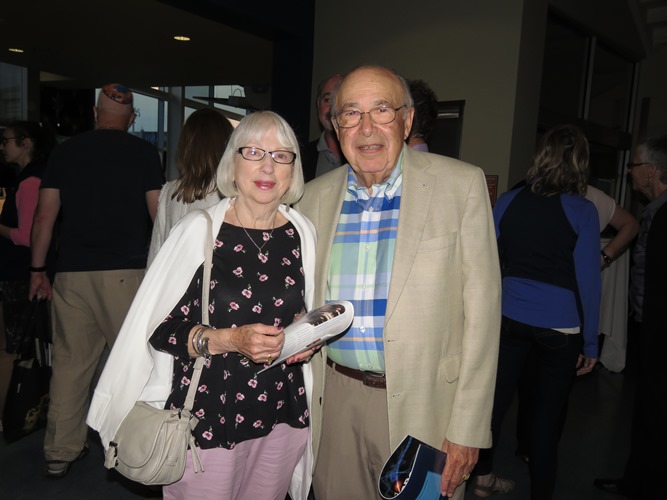 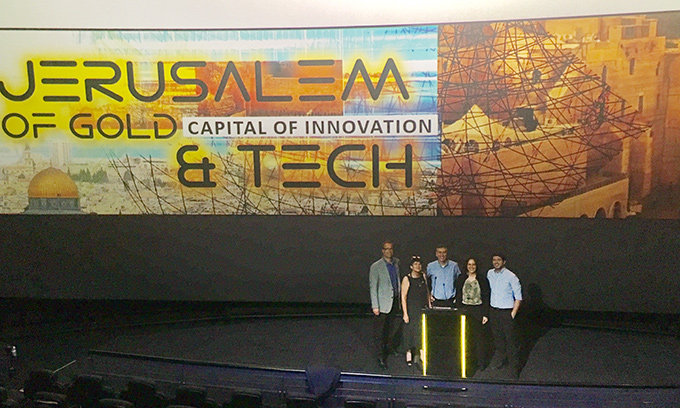