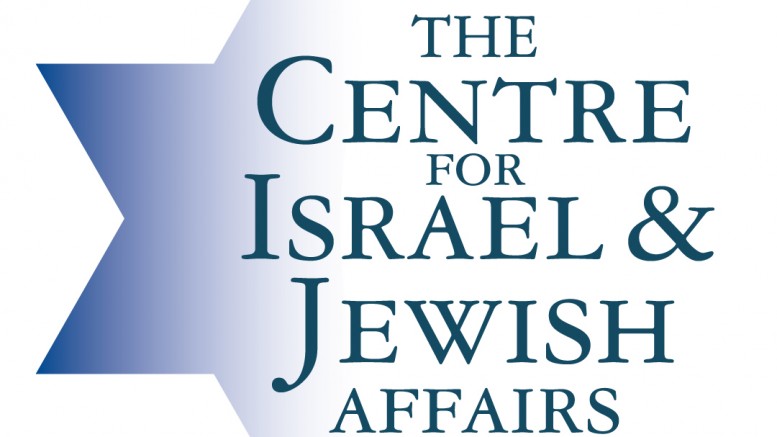 With the return of students to campus for the second term, I wanted to share with you some insight into CIJA’s efforts to strengthen Israel advocacy at universities across the country. As CIJA’s Associate Director of Campus, I work hand-in-hand with dedicated Hillel professionals and Jewish and pro-Israel students on campuses from coast-to-coast. Every day, I work with CIJA’s campus team to coordinate a national strategy focused on ensuring university leaders – from student government executives to faculty to administrations – reject anti-Zionism and antisemitism. We also work to empower students to share the real Israel with their campus peers, and to promote a country and a people defined not by conflict, but by human rights, democracy and innovation.

On a daily basis, we engage with campuses across the country on various issues. In the morning, I could be on the phone supporting Hillel counter a student union BDS referendum currently underway at the University of Waterloo. At lunch, I could be speaking to a university administrator to address a potential security concern on their campus. In the afternoon, I might find myself helping students plan a Tel Aviv-themed beach party designed to attract hundreds of their non-Jewish peers.

CIJA is today recognized by Hillel professionals nationwide as a one-stop-shop for advocacy support, resources, and guidance. And we making important headway in countering anti-Israel trends on campus.

Many readers have no doubt heard examples of anti-Israel activists hosting obscure speakers, handing out false or misleading materials, or manipulating their student union into endorsing the Boycott Divestment and Sanctions (BDS) campaign against Israel. While a handful of anti-Israel activists is enough to make Jewish students feel uncomfortable and unfairly singled-out on some campuses, these fringe players represent more of a sideshow than they do the main event. And this is precisely why our focus remains campus influencers – that is, current and future leaders – and those in the ‘moveable middle.’

We are making substantial progress in pushing the needle of public opinion among campus elites and decision-makers in a positive direction. This begins with positive, collaborative relationships with those individuals and groups in positions of responsibility – built through direct meetings and briefings, CIJA trips to Israel, and Canada-Israel academic partnerships. These efforts are critical in building a more positive climate for Jewish students on campus.

Creating collaborative working relationships with students’ unions, and supporting moderate slates in getting elected, is also key to our work. While BDS activists have set their sights on the same target group, their success rate is anything but stellar. On the BDS file, 2015 saw a number of important victories against those seeking to delegitimize Israel by manipulating their student union. BDS attempts failed – in large part due to the hard work and dedication of Jewish students with the support of their local Hillel and CIJA – on a number of campuses, including the University of Toronto, the University of British Columbia, McGill University, and Trent University. And even on campuses where BDS was endorsed by a student union, it was done so in many cases in violation of bylaws and due process, as was the case at McMaster.

Missions are another key tool in connecting with campus leaders. Annually, CIJA hosts a myriad of intensive, fact-finding trips to Israel for non-Jewish students, and 2015/16 will be a record-breaking year for our campus missions program. By the time the current school year comes to a close, we will have taken more than 60 non-Jewish students on (what many participants have called) ‘life-changing’ trips to Israel. Giving these individuals an opportunity to see Israel for themselves – to experience Israel’s culture, innovation, challenges and opportunities – has proven invaluable in the effort to make Canadian campuses a more welcoming and inclusive place. Alumni of our various campus missions have gone on to serve in key roles on student governments (some even being successful at repealing BDS on their campus). Many in CIJA’s Israel Young Leaders Program go on to serve as federal political staff, and in turn carry their experience in Israel with them to Parliament Hill.

This is not to say that there aren’t challenges on campus that require attention. But I have seen firsthand the talent, energy, and commitment that our community brings to campus advocacy. Our students are smart, passionate, and formidable advocates. Our Hillel staff are dedicated, innovative and professional – and in many cases have forfeited other career options in order to serve the Jewish community. And, at the national level, I am fortunate to work with a team that I consider second-to-none when it comes to strategic, effective advocacy.

Be the first to comment on "CIJA on campus: A focused advocacy strategy"