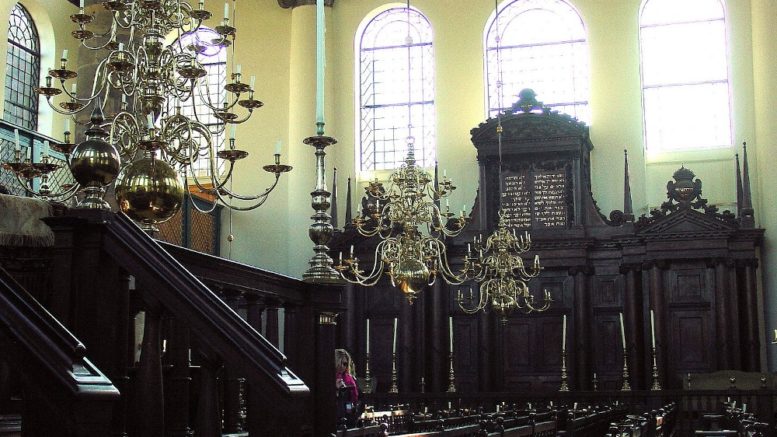 AMSTERDAM (JTA) — Some of Europe’s most exquisite synagogues will open to the public on the 20th edition of the annual European Days of Jewish Culture.

Among the synagogues that on Sept. 1 will be greeting visitors is the Portuguese Synagogue of The Hague. Less known than its larger and older counterpart in Amsterdam, the 18th-century Hague synagogue is more complex architecturally because it features a glass dome that spans its two buildings.

On Sept. 1, the Beth Jehoeda Liberal Jewish Community, which uses the synagogue, will host under the glass canopy a concert with cantorial flavors, Jewish Heritage The Hague wrote in a statement.

During the European events, visitors will gain access in guided tours and individual visits to synagogues that are usually closed to the general public for security reasons, as well as Jewish cemeteries and even Jewish hospitals in 25 European countries. The events seek to “combat collective forgetfulness and to dignify European Jewish heritage,” wrote the Council of Europe, which coordinates the events.

North of The Hague, the synagogue of Bourtange in the Dutch province of Friesland will show off a 200-year-old stained-glass window that the building received in June. It had been part of the now-defunct synagogue in Oude Pekela.

Almost all of the Jews of Friesland, who had their own customs and dialect of Yiddish, were murdered in the Holocaust. The Bourtange synagogue, which this year hosted its second Jewish wedding since the Holocaust, will feature an exhibition on the Bergen-Belsen Nazi camp on Sept. 1.

Be the first to comment on "Dozens of synagogues to open to public on the 20th annual European Days of Jewish Culture: September 1"