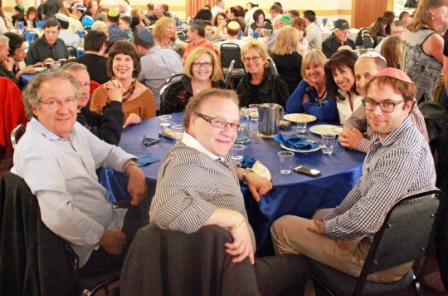 This year’s celebration marked the 67th anniversary of the establishment of the modern state of Israel.

About 350 people – a capacity crowd – packed the social hall to celebrate the holiday.  All of the city’s congregations and Jewish organizations came together to participate, many dressed in blue and white and wearing silly hats and JNF Israel stickers.  The room was filled with a wonderfully eclectic crowd:  young, old and in between; religious, secular and in between, affiliated, unaffiliated and in between. Canadians, Russians, South Africans, Israelis and many other nationalities – were all there to celebrate Israel.

The event kicked off with the Talmud Torah students’ choir singing Hatikvah and O’ Canada followed by a short and uplifting video of Israel’s President Reuven Rivlin delivering a Yom Ha’atzmaut message to the Diaspora.

There was time for visiting and schmoozing among friends and family members before dinner was served – a delicious buffet of falafel, pita, eggplant and a variety of middle eastern salads. A perfect entree for a Yom Ha’atzmaut party.

Meanwhile, a wonderful array of activities was provided in a separate room much to the delight of the many young children and families who attended. A performer had the kids enthralled and a craft table kept them happily entertained.

As people finished eating, JFED communication director Daniel Larson stepped up to the podium and introduced the Juno nominated folk group Jaffa Road, featuring Aviva Chernick.  A dance party for all ages ensued into the evening, with exceptional music and a wonderful atmosphere.

As one celebrant commented, “I’m so glad I attended tonight. It was great to see a full house and a sold-out crowd. Yom Ha’atzmaut is always a very special time in Edmonton and around the Jewish world. Everyone in attendance was in great spirits, full of happiness and pride in our local community and in the State of Israel.” 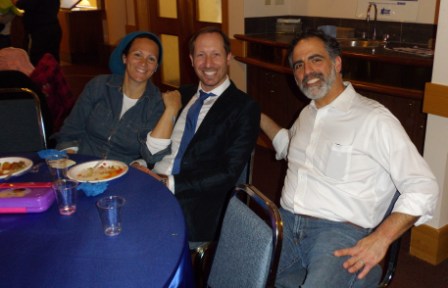 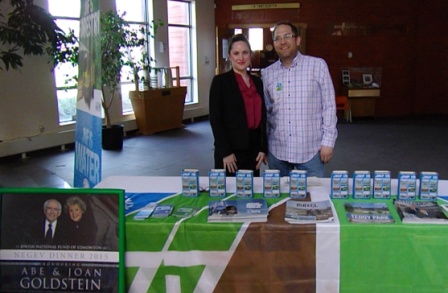 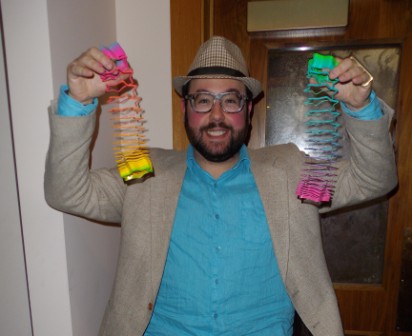 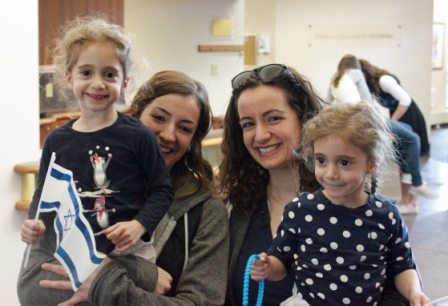 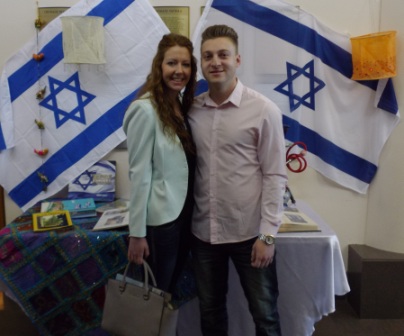 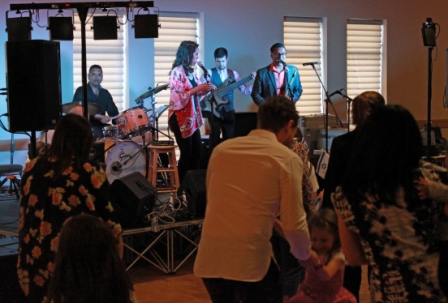 Be the first to comment on "Edmonton celebrates Yom Ha’atzmaut with fun, food and dance"