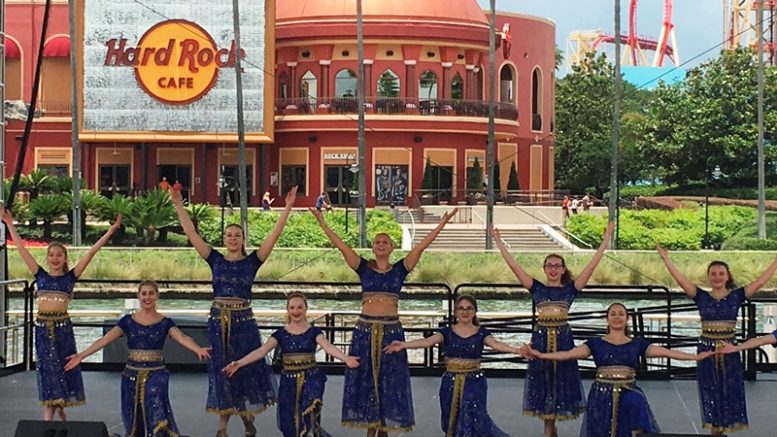 The Aviv Israeli Folk Dancers from Edmonton, had an amazing experience performing at Festival Yachad in Miam with dancers from all around the world. They also performed beautifully at Disney World and Universal Studios. (Photos supplied.)

(EJNews) – Edmonton choreographer Sari Uretsky Leung and her dynamic group of Aviv Dancers recently took to the international stage on an eight-day whirlwind tour of Florida.

“We started off in Miami at Festival Yachad, we’ve wanted to go for years, but this was the first time we were able to make it happen” Leung began.  “The event is put on every year by The Miami Jewish Community Centre, and it really was incredible – there were dancers there from six different countries: Mexico, Panama, Israel, Brazil, Canada and the US.”

After rendezvousing with Winnipeg’s Israeli dance team, Beyechad, in the Toronto airport, the ensemble was complete – twenty-six dancers, with eleven from Edmonton.

“We hadn’t had a chance to actually practice together in person until we met up in Toronto – so we had our first rehearsal together in the departure’s terminal” Leung offered with a chuckle. 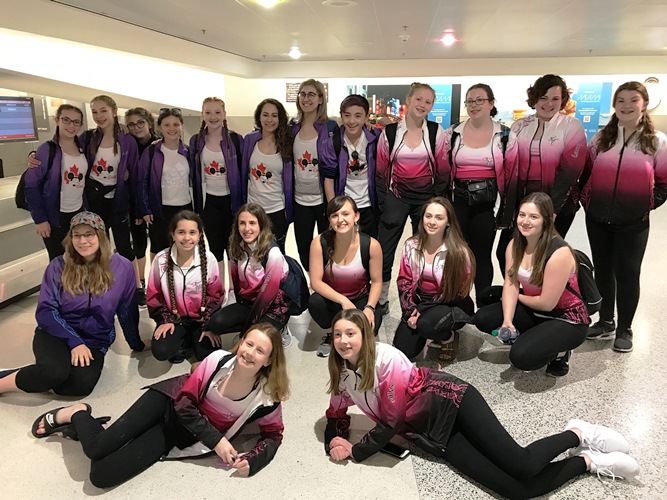 For three days the Aviv Dancers and their Winnipeg counterparts enjoyed Miami style hospitality.  “They took care of everything to make sure that we felt welcome, and that things were completely inclusive,” explained Leung.  “All the meals we had in Miami were kosher.  All of us, everyone from the dance festival, had Shabbat dinner together, and the organizers made certain not to schedule any activities till after Shabbat was over.  They went out of their way to ensure that everybody felt comfortable no matter their denomination.”

But, as Leung elaborated, the real excitement began after dinner was over.

“We all circle danced.  It was so amazing because a lot of the kids obviously didn’t even speak the same languages – but the familiarity of the dances themselves became their common language.  The steps were known to all of them, so all of a sudden, they were able to do something collaboratively.  It was a very meaningful experience.” 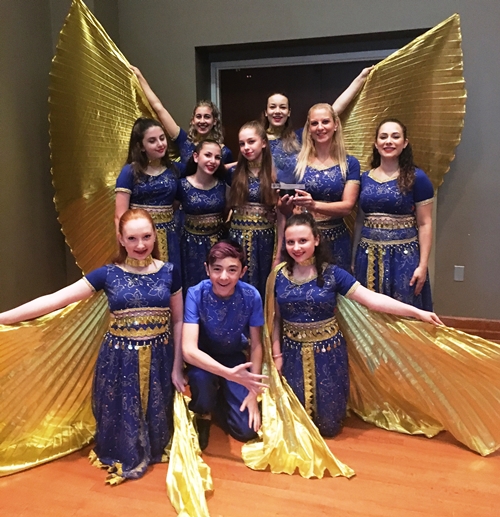 Leung and her group performed with their Winnipeg teammates at the Broward Centre for the Performing Arts.

“The theatre was absolutely packed!  I think that there was something like 2,600 people in the audience.”  The experience, by all accounts, was exhilarating and tremendously well received.  “It was neat, the songs were all familiar to them and the melodies were completely recognizable.  The musical flourishes had their own distinct cultural flares, but it really demonstrated that Israeli dance is Israeli dance no matter where you go,” continued Leung.  With so much creative energy surging through the theatre, Aviv’s performance was likely nothing short of inspired.

After three days of soul filling dance, the group traveled to Orlando – the site of so many childhood dreams realized.  “We got to perform at both Disney World and Universal Studios, how many kids their age can say that?” 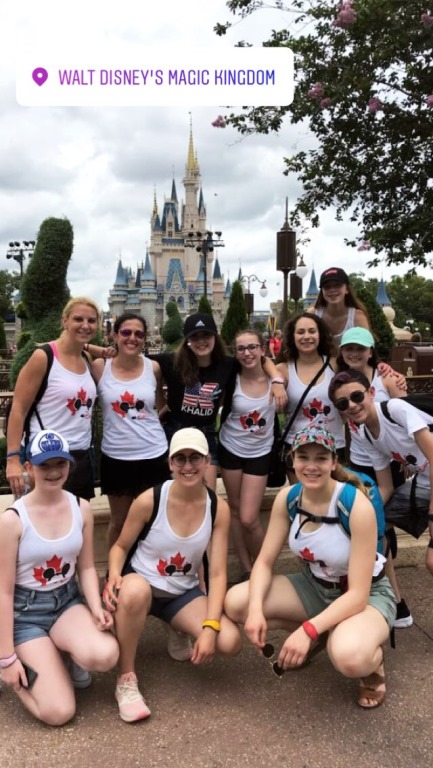 Taking a break to enjoy the Magic Kingdom!

With the help of Yachad coordinator Roger Weiger, the Edmonton-Winnipeg duo was pre-booked for a thirty-minute performance at both locations.  “At Disney we were dancing on an outdoor stage,” noted Leung. “It was in the space right before the ticketed area, so people were able to wander by and watch.  This was great – it meant that anybody could come by, see what we were doing and have a little peak at Israeli dance.”

Not only did the young Edmontonian dancers grace a real-life Walt Disney stage, but they got to be ambassadors of Israeli culture.

Amidst all the many cherished memories from their fantastic adventure, there remains one experience that will give the Aviv Dancers bragging rights for life. “The kids got to participate in a Disney dance audition.  It was a professional audition workshop, so the real Disney choreographers taught them a dance from Moana and walked them through the ins and outs of professional auditioning.  At the end they even got a certification.”

So, after an international tour, dancing for a crowd of thousands, performing on two world-class stages and even auditioning for Disney, when asked what the kids were most excited about Leung answered: “They made strong connections with other young dancers like themselves and saw firsthand that dance is an unspoken common language.  Teens around the world perform Israeli dance just like we do in Canada.  I really think that this is what they will take away from the experience.”

There are already upcoming plans for more collaboration opportunities with the Winnipeg dancers.  “The kids have all become very close,” explained Leung.  She hopes to take the Aviv Dancers to Miami again, and maybe even Brazil, to further celebrate how Israeli dance can unify groups from all corners of the globe.

Israeli dance in Edmonton is open to anyone from kindergarten age and up. Contact Sari at suretsky@hotmail.com for more information and visit avivdancers.com.