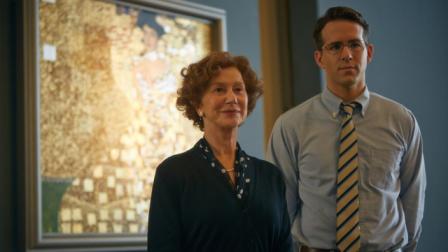 Dame Helen Mirren may be best known for her portrayal of Elizabeth II in Stephen Frears’ 2006 film, “The Queen,” for which she received an Academy Award, and her public persona, as well, appears always to exude a measure of both elegance and hauteur — so much so that Frears reportedly once said he hired her, in part, because it was crucial to cast an actress who made one feel a bit nervous.

But during a recent telephone interview from New York, the 69-year-old actress, while formidable, also evinced a keen vulnerability, and at one point seemed close to tears. She was describing her new film, Simon Curtis’ “Woman in Gold,” based on the true story of Maria Altmann (played by Mirren), a Viennese Holocaust survivor who, late in her life and as a Los Angeles resident, successfully sued the Austrian government for the return of five Gustav Klimt paintings that had been stolen from her family by the Nazis — including the famous gold-flecked portrait of her aunt, Adele Bloch-Bauer, that had hung for decades in Vienna’s Belvedere Museum and had been dubbed “The Austrian Mona Lisa.”