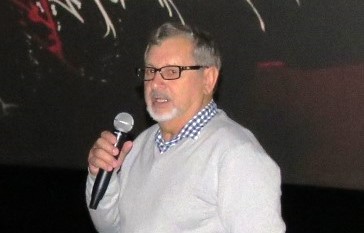 Abraham Silverman is the Alberta Manager of Public Affairs for B'nai Brith Canada.

(AJNews) – In the November 2019 edition of the Edmonton Jewish News  writer Daniel Moser wrote a front-page article about a monument that was erected at the Ukrainian Youth Unity Center Complex in north Edmonton back in the mid-70s. This monument is erected in honor of a Ukrainian military leader Roman Shukheyvich. This article unleashed a flurry of activity in our community, both Jewish and non-Jewish, many who called me wondering what I was going to do about it. Recognizing that this was a very sensitive issue that had the potential to do damage to the warm relationship that the Jewish and Ukrainian Communities in Edmonton enjoy I decided to proceed with caution.

I recruited some very capable members of our B’nai Brith Canada team and after exhaustive research these are our findings. The monument- partially funded with public dollars- pays homage to a man considered by many to be a national hero in the fight for Ukrainian independence, as well as a man who fought against the Soviets, Poles and Nazis alike. However, it is an inescapable fact that Shukhevych had served as a willing leader- a Captain no less- of the Nazi Nachtigall battalion, alongside many Ukrainian Nationalists, and fought under the Nazi Flag, for Nazi interests and as part of Nazi Germany’s elite military units.

Not only did Shukheyvich become the highest ranking officer in the battalion, he was in this position when the battalion was engaged in the murder of thousands of Ukrainian Jews, with estimates ranging between 4000 – 6000 in Liv alone, along with ethnic Poles, and innocent civilians of all backgrounds in Ukraine and neighboring countries. A practice which continued when Shukheyvich became a member of the Nazi Schutmannshaft battalion 201 after the the dissolution of the Nachtigall battalion. Only after years of willful participation in wanton murder and destruction with both battalions did Shukheyvich distance himself from Nazi Germany.

B’nai Brith Canada’s position is clear. As a monument funded in part by the Canadian taxpayer, it is only right that history be laid bare. While removing the monument would be an avenue to consider, we appeal to the leaders of the Ukrainian Youth Unity Council Complex to do the right thing and have a plaque affixed to the monument elucidating Shukheyvich’s history, so that those who visit the monument can learn the role Shukheyvich played in the destruction of lives of countless of people from all walks of life.