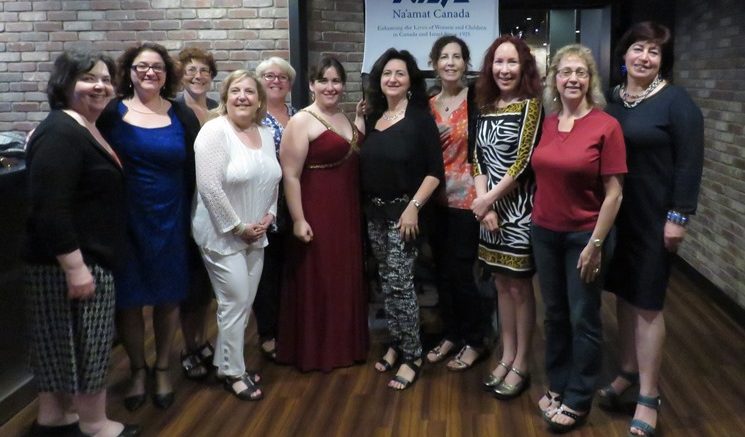 The members of Na'amat Canada - Tikvah Chapter pose with comedian / singer Melanie Gall at their May 31 fundraising event. Photo by EJNews

June 1, 2016 – A packed house was treated last night to a marvelous show and a silent auction as Na’amat Edmonton brought in singer and comedian Melanie Gall to perform Red Hot Mama: A Sophie Tucker Cabaret to help raise money for children in need.  Proceeds from the event were donated to Kids Kottage, Edmonton’s 24-hour crisis nursery and support network as well as Na’amat daycare programs in Israel. 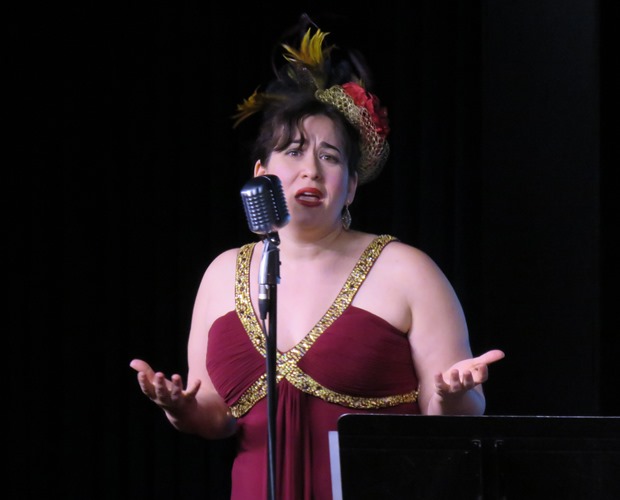 Melanie Gall performs to a sold out crowd.

The Jewish community of Edmonton turned out in droves to enjoy Melanie Gall’s performance, filling the Comic Strip at West Edmonton Mall with laughter and applause. Gall entertained the crowd with over a dozen Tucker hits, as well the naughty stories and bawdy jokes that made Sophie Tucker a household name.

Gall knew her audience well telling Sophie Tucker stories reminiscent of the Jewish American shtetel, including jokes on Judaism, feminism, sexism, and the generational divide between parents and daughters. Everyone had a great time and everyone went home smiling.

“It was a wonderful evening with Melanie Gall portraying the very talented Sophie Tucker,” said Na’amat Edmonton Tikvah Chapter President Maya Feldman. “This event was possible and successful thanks to the sponsors, the event attendees and the tireless committee, led by Darlene Bushewsky.”

Na’amat Canada is a registered Canadian charity with branches in Alberta, BC, Manitoba and Quebec. The volunteer members of the Edmonton Na’amat chapters are instrumental in fundraising to support service programs in Israel, Edmonton and Canada. Na’amat supports 233 daycare centres in Israel including several that provide extended services for children who are at-risk. 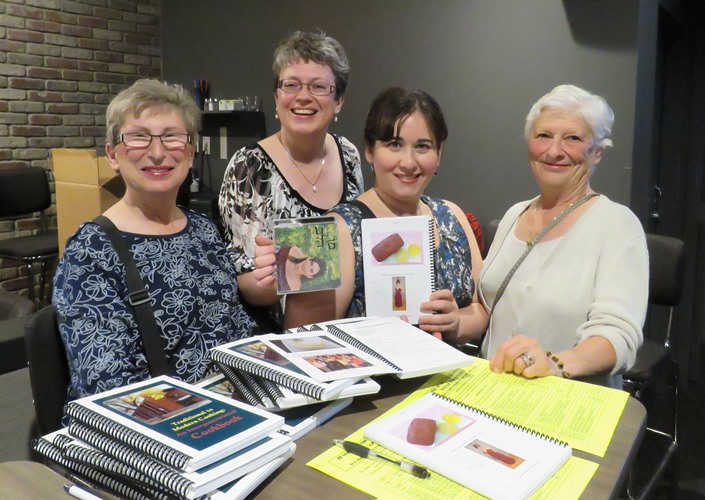 The Jewish Senior Citizen’s Drop In Centre cook book was on sale. 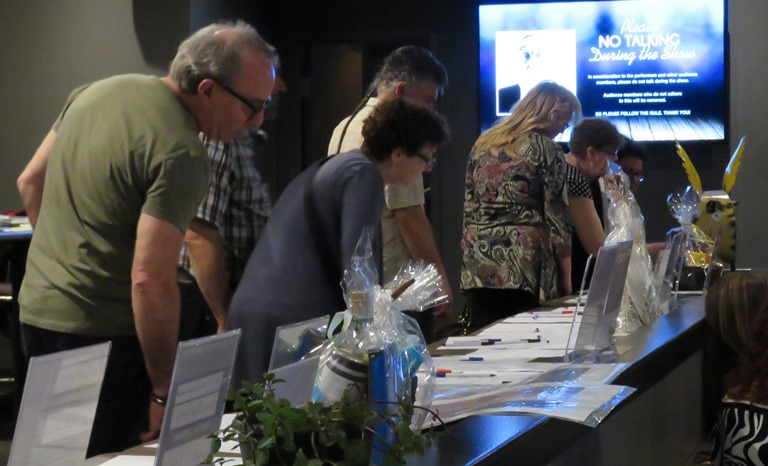 The event included a silent auction. 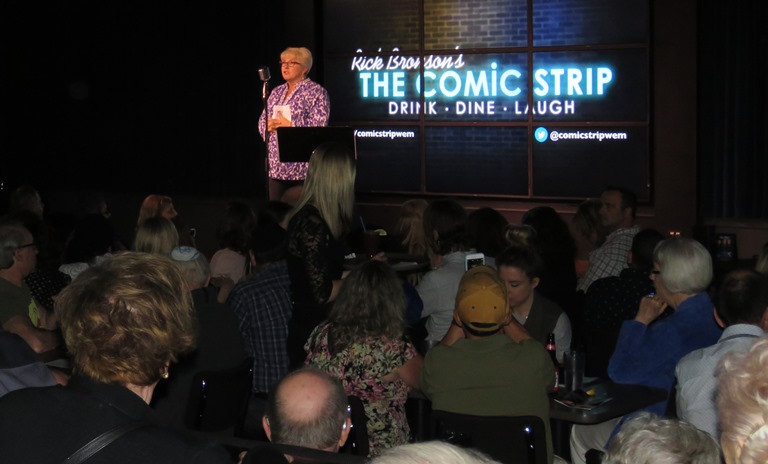 Na’amat Canada Edmonton president Darlene Bushewsky welcomed the crowd and thanked the sponsors and the committee of hard working volunteers who contributed to the event’s success.