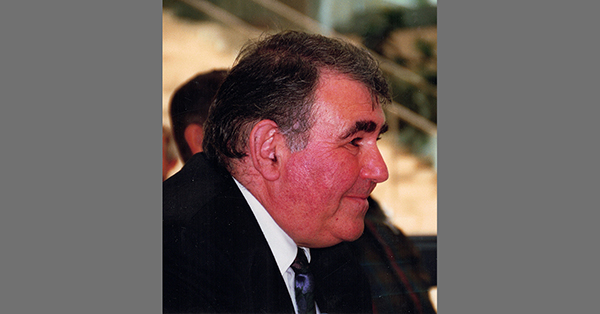 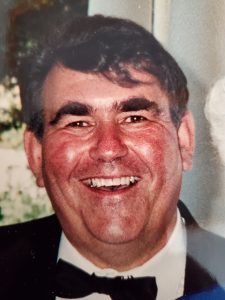 (AJNews) – There are countless people around the globe mourning loved ones in isolation due to the COVID-19 Pandemic.  When my father suddenly passed away in March, I became one of them.

When he was rushed to hospital in Edmonton with a high fever and difficulty breathing, the terminology of talking heads on countless news briefings became frighteningly real for my Mom and all our family.  Among other things, Dad had a “presumptive” case of COVID-19.

It had already been a week since the lockdown of the home where he had been living; it must have seemed like an eternity to a man who so loved daily visits with his wife of 63 years.

Because of COVID, we were advised against going to the hospital.  We agreed that this was reasonable and necessary.  Good citizens do not put others at risk in the face of this still-mysterious contagion.

So we waited by the telephone praying for good news and fighting the fear each time it rang.

Assisted by oxygen to help him breathe, Dad fought for two days, slipping from lucidity into delirium and back again.  On the second day, one of his doctors was pleased to report that Dad was responding well to treatment, needed very little oxygen and could be expected to recover.  We went to sleep hopeful.

Very early the next morning, the phone rang.  We knew.  Nobody calls at the crack of dawn with anything good to say.  Our loving father, the man who had dried our eyes when we were heartbroken, and held our little hands when we were sick or frightened, died alone.  We did not have the privilege of holding his hand, of hearing what he might have told us and saying what we would have hoped to say.

Ironically, the doctor told us we could come to the hospital to say posthumous goodbyes.  Too little too late, but still it was something.  We donned the required PPE and reluctantly entered the room where Dad had waged his final health battle.

Thankfully, Dad looked serene.  The worst of his final passage had been 10 minutes from beginning to end, the doctor had said.  We were hungry for, and pounced upon, that scrap of mercy.

Some two hours after Dad’s passing, his COVID test came back negative.  While it was a relief to us, Dad and all his loved ones were, nonetheless, victims of the collateral damage in the war against an invisible but deadly enemy.

Fortunately, being a “Member of the Tribe” has many privileges.  Under ordinary circumstances (when we have the luxury of taking such things for granted) Jews know how to bury and mourn their loved ones.  The extended family gathers.  Time-honoured ritual laws and traditions kick in, telling mourners and those who wish to console them what must be done and when.

So we contacted the Edmonton Chevra Kadisha and broke the sad news to our family and friends, making funeral and Shiva arrangements that mutated as surely as viruses do.  Too worried to board an airplane during this time of contagion, my brother and sister began a long and sad drive from Vancouver in perilous winter driving conditions, the lesser of two evils.

During his heyday, my Father was larger than life.  He made a difference to so many people through numerous acts of kindness and more than a few outrageous escapades. We literally felt the need of others to pay their respects to Dad.

But, given the requirement for social distancing and restrictions on large gatherings, only immediate family members were permitted to attend the funeral.  So there we stood, shivering, six representatives of a much larger and loving clan.  COVID said no to cherished grandchildren, a devoted son and daughter-in-law, brothers, cousins, nieces, nephews and many, many friends.

But they WERE there.  It felt like Bronia – a Holocaust survivor and dear friend – was at my side.  When my grandmother had died some two decades earlier, Bronia was one of the first to call me.

What she told me that day forever altered my attitude when laying a loved one to rest.

“You were able to bury your grandmother,” Bronia told me.  You were surrounded by a community.  You have a place where you can cry for her and remember her.  We did not have that. “

Too many times in the history of our people, we have been robbed of that dignity.  And right now we need look no further than the nightly news to know that hundreds of thousands around the world are prevented from carrying out that final act of loving kindness for their kin. So high is the Coronavirus death toll that victims are being placed in mass graves as close to home as New York City.

I stood before my father’s grave in sorrow, of course.  But, because of Bronia’s words all those years ago, I was grateful to the Rabbi who officiated in a caring and meaningful way and to the volunteers of the Edmonton Chevra Kadisha, those angels of mercy whose wings didn’t quite touch one another’s since they had to stand six feet apart.

They took the risk in assembling so we would have a minyan to recite the Kaddish over Dad.  Because the Edmonton shtetl is relatively small, we knew the Chevra volunteers and, most importantly, they had known Dad.  Some shared moving recollections from a safe distance as we left the always-cold cemetery and dragged our resistant feet into Shiva.  Fortunately, my husband had the presence of mind to videotape the funeral so that family members prevented from joining us – especially seven heartbroken grandchildren – could see Big Mo laid to rest.

Our individual experiences of grief resemble snowflakes and fingerprints in that no two are alike.  Yet there are some things that most people share in common at the loss of a loved one – the need for comforting rituals and a supportive network to pull you through what is already, by its very definition, a painful and surreal experience.

The comfort of a community cannot be exaggerated, especially at a time when we must close our doors tightly to uphold the greatest Jewish value of them all – the preservation of life.  My mother, siblings, husband and I returned to the home where I grew up wondering how the five of us could endure a Shiva with no callers.  Prepared for silence, what we experienced instead was an outpouring of support.  Extended family, friends, neighbours, fellow congregants and community members opened windows when doors were forced shut.   They sent or dropped fortifying Shiva meals at the door.  We took turns sharing the many emails, texts, and condolence cards from those who share our current flight patterns and from old friends who reached out across time and distance.  Memories from better days began to ease the sorrow.  The five of us cried but we also smiled.  We were not alone.

My sister’s Vancouver Synagogue hastily convened its first-ever Shiva room via Zoom.  At first the virtual experience seemed intimidating, but it was incredibly comforting.

Our shul in Calgary moved very quickly to twice-daily virtual prayer services where we could experience the comforting cadences of Kaddish surrounded by friends and fellow congregants.

Dad’s Shiva and Shloshim period are behind us, but sorrow doesn’t respond to timetables or calendars.  We have good days and bad days.

Being a newsaholic, I can’t stop following the daily health updates and political briefings on TV and radio.  The death toll from COVID continues to rise daily.  The magnitude of the loss is particularly raw for my family at this crazy time.  But (with apologies to Oprah) this is what I know for sure:  Those who have built a life enriched by community and faith-based connections can count on others to help steady them when the world feels like it has toppled from its axis.  We must, in turn, reach out to those who are not similarly blessed.

As the Song of Solomon tells us, “Love is as strong as death.”   I also believe that community is as strong as, if not stronger than, the 11th plague.  All that remains is to do something about it – wash our hands frequently, safely engage in acts of kindness, and infuse the world with love that lights the path when the journey is darkest.

3 Comments on "Mourning amidst the 11th plague"