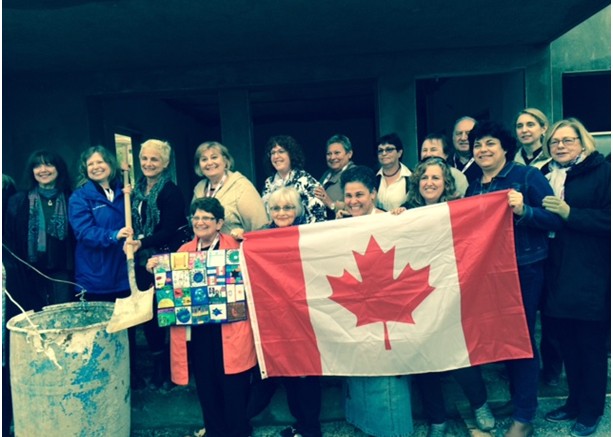 Montreal, Quebec, February, 27, 2015. Leaders of Na’amat Canada joined representatives of the organization from USA, Brazil, Mexico, Belgium, Argentina, Uruguay and Israel for the first NA’AMAT International Solidarity Conference in Israel. The delegation, led by national president Sarah Beutel, were special guests of the President of Israel Reuven Rivlin during the conference’s opening session on February 10. 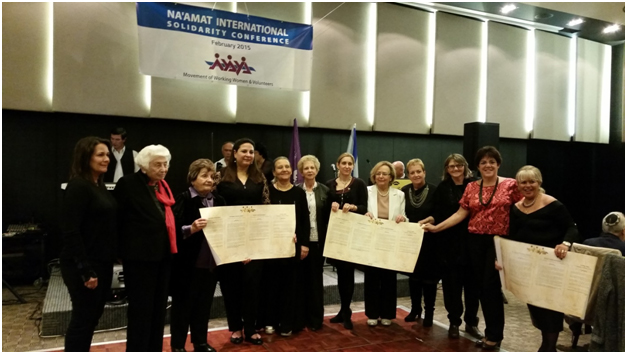 President Rivlin welcomed the representatives. “The State of Israel has always been committed to the value of equality,” he said. “In the Declaration of Independence, our leaders committed themselves to the complete social and political equality for all citizens of Israel, without distinction of religion, race or gender. And when we promise something we then must be committed to working hard to deliver on our promises.

“You, the women of Na’amat have always supported the State of Israel, and dedicated so much to the welfare of the citizens of Israel. You were always proud Zionists, even in times when people were afraid to show public support for Israel. Moreover, your support helped, and still helps us, to ensure that we live up to our promises and that we keep alive the symbiotic connection between Israel’s Jewish and democratic identities.”

Liz Raider, national president of Na’amat USA thanked the President and the First Lady for the opportunity. “Our countries may be separated by oceans, but our goals, our work and hearts are as one in providing continued support and expanded programs and services of Na’amat in Israel,” Raider said. “Together we all strive to ensure that the promise of a brighter future for all Israeli citizens is a reality.”

Attendees at the 7-day conference also took part in groundbreaking ceremonies for a new day care center in Carmiel, a project sponsored by Na’amat Canada

Other highlights included a day at the Glickman Center for the prevention and treatment of domestic violence; a special evening in the Ayanot Youth Village, one of Na’amat’s boarding schools; and a day in Jerusalem.

Delegates discussed key issues confronting Israel, women and families, and Na’amat’s role in meeting those challenges. For members of Na’amat Canada, the conference provided an exciting opportunity to experience the fruits of the organization’s efforts to promote gender equality and to help women with childcare, legal and family issues, domestic violence, and employment issues. 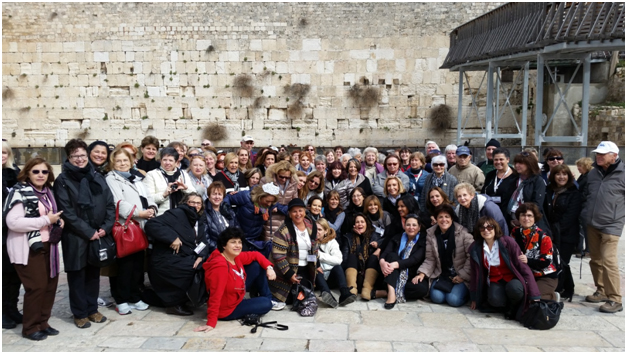 Delegates from nine countries at the Kotel in Jerusalem

“It impresses me that 125 NA’AMAT delegates from the Diaspora would clear a week from their schedule and arrive at their own expense for a solidarity conference with the Na’amat movement in Israel,” Galia Wolloch, president of Na’amat Israel told The Jerusalem Post. “These are women who feel a deep commitment to the Zionist enterprise and work for the welfare of women, children and families in Israel.”

Na’amat Canada is an organization striving to enhance the quality of life for women, children and families in Israel. Originally named Pioneer Women, it was founded as a sister movement to Na’amat Israel. Na’amat women act locally, nationally and globally in 9 countries. The organization is actively engaged in a wide range of issues, including religious pluralism, the status of women at home and in the workplace and the prevention of domestic violence. 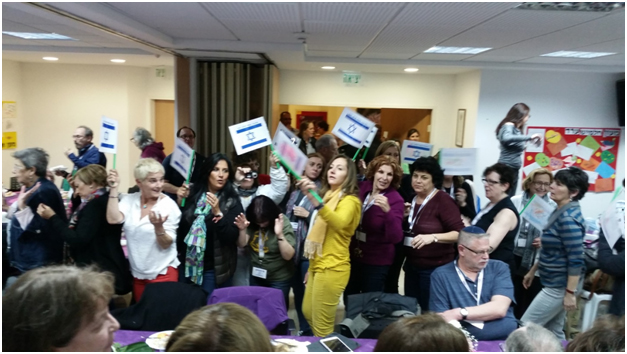