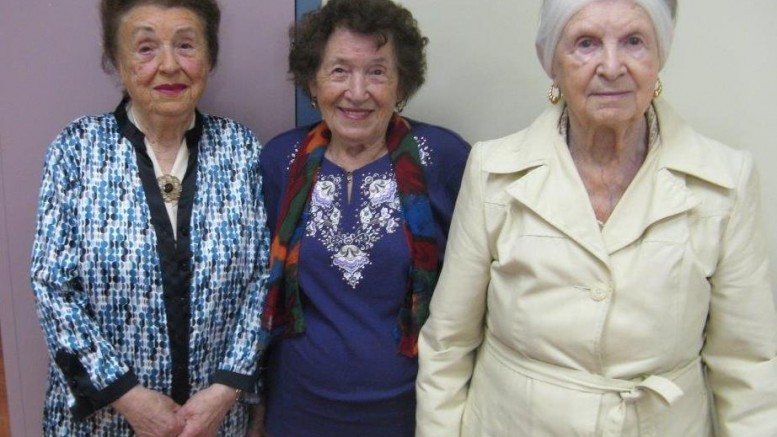 (Edmonton) 2015 marks the 90th Anniversary of Na’amat Canada (formerly Pioneer Women).  During these 90 years we have been favoured with long time members who still believe in Na’amat’s mission to enhance the lives of families in Israel. 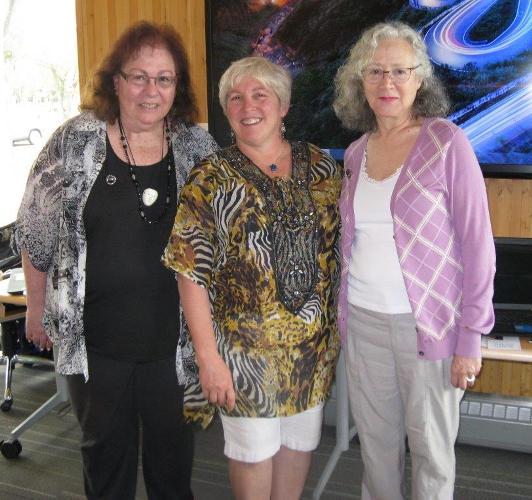 Eva Koplowicz arrived in Edmonton as a Holocaust Survivor in 1949 directly from Poland.  She was happy to meet Yiddish-speaking people, and became a member of Kanot shortly after arriving, becoming President of Kanot in 1953, serving two terms.  She went to a Pioneer Women Convention for Yiddish-speaking members in Toronto.

Eva recalled that most of the members lived in the same area of Edmonton, the East side, and became lifelong friends, all arriving in Edmonton within a couple of years of each other.  As she said, they found each other and they needed each other.  As a young mother Eva worked outside the home grading eggs and cleaning chickens for a few years.  She then worked at the Style Shop on Jasper Avenue.

As Treasurer of Kanot she was heavily involved in fund raising which, in those days, was mostly by canvassing door to door with a list of Jewish residents.  This event was known then as “Edmonton’s Tag Day”.  She and her other members would be dropped off by a driver in a certain area and they would ask for donations in support of Israel.  It seemed there were no or few phones back then.  Eva recalls that sometimes donations were as little as 25 or 50 cents.  She says her example of giving to charity came from her father.

The Kanot members were also strong supporters of Na’amat through the sale of our specialty cards.

The Kanot Chapter programs centred around the Jewish Holidays, with everyone sharing how they celebrated the festivals in their home lands.  The programs also included sharing their favourite food.   It seems every country had its own special dishes.

Anna Shapiro was also a newcomer not only to Edmonton but to Canada.  She came to Edmonton from Israel, via Russia/Ukraine, and understood the work the Pioneer Women organization was doing in Israel.

In 1953, as a young, Yiddish speaking woman she joined the Kanot Chapter when Canada and United States were still one organization.  Through her friendship with Thelma Rolingher, a member of the then National Board, she was encouraged to participate and after one year in the Chapter, she became their President when Eva`s term was over.

Being fluent in Yiddish turned out to be a wonderful asset and, although she was not that confident, taking on the Presidency enhanced her working and personal skills.

At this time Kanot was the only Yiddish speaking club in Edmonton which was a wonderful draw for other newcomers.  Eventually the members were confident enough to conduct meetings in English.

Due to the timing and influx in of these newcomers, Anna assumed the mantle of President for four years.

Anna recalls her first meeting in Fanny Wedro’s house in l953, when they had a baking session.  The impetus of this Chapter was more on the social side as they learned to speak English, learn the ups and downs of their new home.  As is the case today, their meetings were held in members’ homes.  She kept a firm hand on her gavel, (which she still has) making sure there was always order in the meetings.  Latecomers were warmly greeted although the meetings were in progress.  She always thanked everyone for coming.

During her earlier years of volunteering Anna worked in her shop, Louie’s Deli, 116 St. and Jasper Avenue, and then for the next 45 years worked alongside her husband Max in their antique furnishings store on Whyte Avenue.

Another proud memory was her first visit to New York and in 1967 to Philadelphia, accompanied by Martha Kushner, where they signed off on the declaration of independence  that separated Canada from the United States and resulted in Pioneer Women Canada.

Her other fond memories include meeting Golda Meir in Toronto.  At a 1978 Convention in Israel she sat next to the then-President’s wife, Rachael Ben Zvi.   Anna represented the organization on the Honourary Board of Governors of Edmonton Jewish Community.

From Chapter President to Council President, to three terms as a National Board Member, to Co-Chairman of Edmonton’s hosting of the 1984 Canada Na’amat National Convention, Anna has encouraged others to join and support our work for Israel.

Anna paid tribute to Mrs. Rolingher for getting her involved in the Kanot Chapter.

Helen Markovitch, a Kanot member since the early 1950’s and former Membership Chair, says her deepest recollection was helping collect money as an active participant in the Edmonton Tag Days canvassing.  She considered herself chief fundraiser and feels she did very well.

She  joined Kanot after meeting Anna Shapiro.  As did most of her fellow members, Helen worked.  First at Trudeau’s Cleaners doing alterations, and then, in the house that Anne Shapiro recommended she buy.  She took in boarders to help with the household finances which also required her to  put a cot in a closet to squeeze one more person into the fold.   Being an outstanding cook and baker, Helen opened her home to unmarried men who wanted only evening meals or somewhere to go for the Seder.

Helen’s baking became renowned.  She baked for all the Chapter’s events, and earned such a reputation for herself that other organizations persuaded her to bake for them as well.

Helen recalls that Pioneer Women Cards were very popular when Kanot was in its prime, and was a significant fundraiser.  People from the community would call and ask for a card to be sent for them, much the same as they do today, but on a larger scale.

These members enjoyed their connections within Kanot.  They played cards on Saturday and Sunday nights, with the husbands, taking turns hosting in each other’s homes.

Pioneer Women Canada changed its name to Na’amat Canada, which is an acronym for “Working and Volunteer Women.”   Our interviewees epitomized exactly what that meant as they made the time to volunteer while being busy young working mothers.  They not only contributed to the family finances but worked to help Israel support itself and grow into the leader it is today.

Sylvia Alpern is Co-ordinator of Na’amat Canada in Edmonton. She apologizes for any errors or omissions in this article. Any corrections could be sent to ejnews@telus.net and they would be forwarded to her.