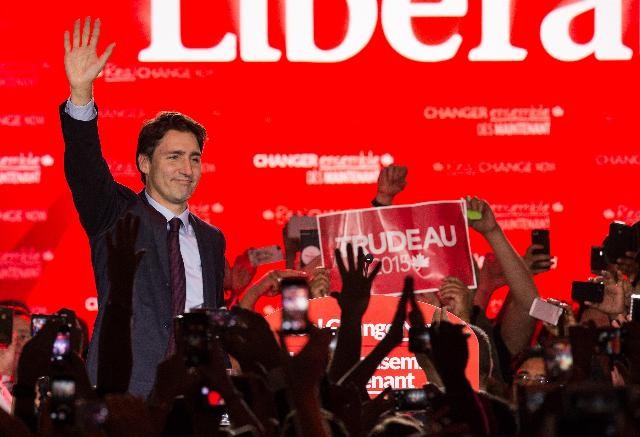 The Canadian Press wire service reported that Rafael Barak, Israel’s ambassador to Canada, said the call from Netanyahu took place on Oct. 23 and left his country assured that relations between Canada and the Jewish state will remain strong after the defeat of the staunchly pro-Israel government of Stephen Harper on Oct. 19.

Barak told CP on Oct. 28 that Trudeau also has a strong record of support for Israel.

“Mr. Trudeau has been very consistent from the very beginning of his campaign, in expressing his support for Israel,” said Barak. “I’m sure maybe the style will change. But I don’t feel there will be a change on the substance. I’m really reassured.”

Trudeau also “explained there would be a shift in tone, but Canada would continue to be a friend of Israel’s,” she added.

Some observers in Canada’s Jewish community have expressed concern that Canada, which under Harper has been a staunch supporter of Israel, will diminish its support for the Jewish state under Trudeau.

Trudeau’s Jewish critics have pointed to his decision to re-establish diplomatic relations with Iran. Harper’s government severed relations with that country in 2012.