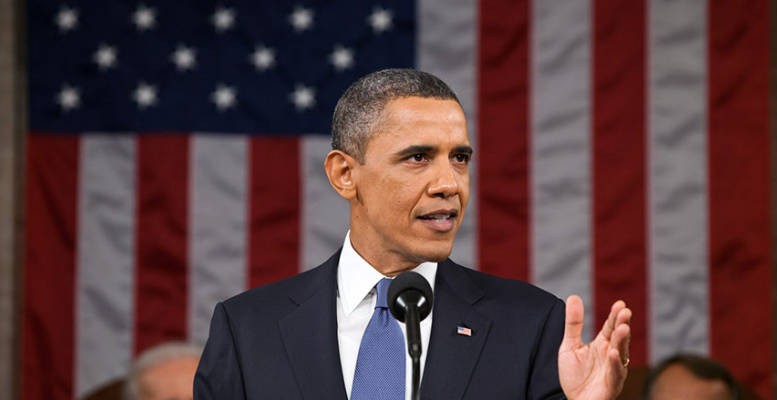 JERUSALEM (JTA) — It will be more difficult for the United States to defend Israel in international forums while there is no prospect for a peace process, President Barack Obama said on Israeli television.

Obama discussed the need for a real prospect for peace and lobbied directly to the Israeli public about the need for a nuclear deal with Iran during a wide-ranging interview with Israeli journalist Ilana Dayan aired June 2, on Channel 2’s news magazine “Uvda,” or “Fact.”

Obama, stressing his support for Israel, said, “I have been there when it comes to protecting the Israeli people,” referencing military and cooperation and the Iron Dome anti-missile defense system.

He called Israel’s prime minister, Benjamin Netanyahu, with whom he has had a well-publicized rift, “predisposed” to thinking of security first and peace as “naive,” but added that Netanyahu “loves Israel deeply and cares about the security of Israel deeply and recognizes the history of hostility and anti-Semitism.”

Obama said that Israel must resolve its status quo with the Palestinians before demographics and frustration take over. He added that it was difficult to accept “at face value” Netanyahu’s post-election statements that he is committed to a two-state solution, especially after his “unequivocal” statement before the March election that there would not be a Palestinian state on his watch.

“Subsequently his statements have suggested that there is a possibility of a Palestinian state, but there are so many caveats, so many conditions that it’s not realistic to think these conditions will be met anytime soon,” the U.S. leader said.

Obama said the practical consequences of no peace process is “how we approach defending Israel on the international stage.” With no prospect of a peace process, he said, it becomes more difficult to ask other concerned countries to vote against resolutions against Israel.

The president said that he does “not see the likelihood of a framework agreement” during the last 18 months of his term.

Obama said he was confident that if a nuclear agreement with Iran based on the Geneva framework agreement is completed, “we will have cut off [Iran’s] path to a nuclear weapon.” He added that if the deal does not allow for verification, then “there will be no deal.” Also, Obama said, Iran could also still walk away from an agreement before a final document is signed.

He said the agreement would take the nuclear option off the table for 20 years and that the current path, including the possibility that Israel would exercise a military option, is the “worst possible scenario.”

Obama said that Netanyahu’s controversial speech against the Iran deal to Congress is “in the past,” but added that if he agreed to speak to the Knesset without first telling the prime minister, there would likely be “some sense that protocol was breached.” The president said that he and Netanyahu have “good conversations” that are “tough and forceful,” and that he enjoys verbally “jousting” with the prime minister.

The U.S.-Israel relationship, Obama said, is “deeper than any individual leader or particular government.”

He called on Israel and Israelis to engage in “self-reflection” and to “feed home and not just fear.”

Be the first to comment on "Obama on Israeli TV pushes Iran deal, need for peace process"