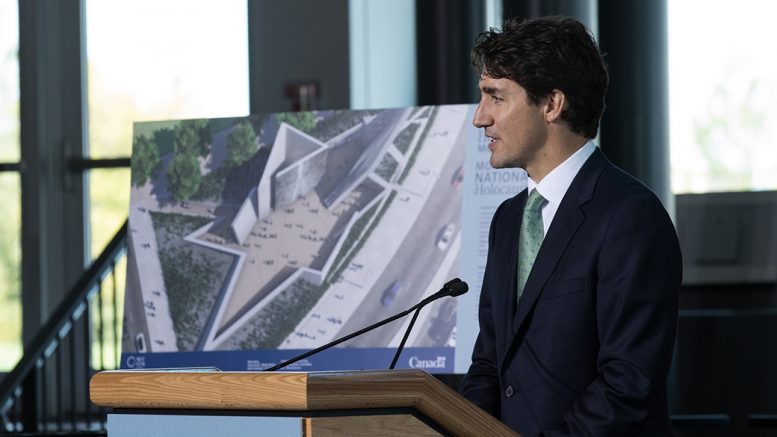 Prime Minister Justin Trudeau at the site groundbreaking for the National Holocaust Monument which will be built in Ottawa in 2017.

(EJNews) – Earlier this month Prime Minister Justin Trudeau joined Canadians in a site dedication ceremony for the National Holocaust Monument, which is being built at the corner of Wellington and Booth streets in Ottawa.

The Monument, which is scheduled to be unveiled in 2017, will honour the millions of Jews and other innocent victims who died in the Holocaust. It will also promote a better understanding of the historical events surrounding the Holocaust and how they affected Canada, and celebrate the tremendous contributions that Holocaust survivors have made to this country.

“It is important for Canadians and the rest of the world to remember the suffering and murder of millions of Jews and others in the Holocaust. We must never forget the stories of the victims, and the important lessons of the Holocaust,” stated the Prime Minister during the site dedication on September 21, 2016.

“As Canadians and citizens of the world, we must fight the hatred and fear that once fuelled these deplorable acts, and ensure that tolerance and pluralism always triumph over anti-Semitism and racism. We must also pay tribute to the resilience of those who survived that horrific ordeal and went on to make enormous contributions here in Canada as well as many other countries around the world.”

The design of the Monument, entitled “Landscape of Loss, Memory and Survival,” was developed by Team Lord of Toronto and depicts a stylized star, created by the confluence of six triangular shapes, or “volumes,” that are organized around a large gathering space for ceremonies. The fully integrated design uses architecture, landscaping, art, and interpretation to communicate the hardship and suffering of victims while conveying a powerful message of humanity’s enduring strength and survival. 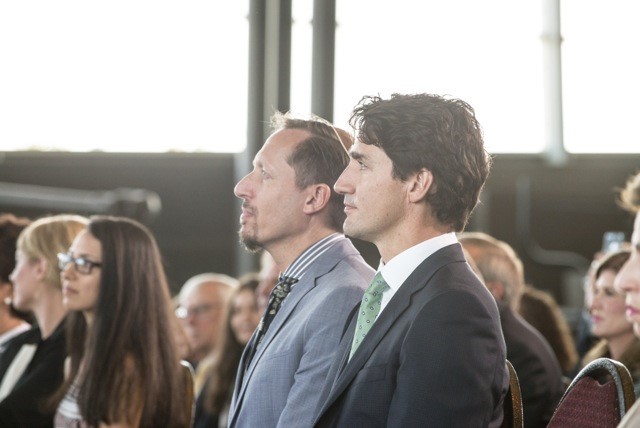 Rabbi Daniel Friedman, spiritual leader for Edmonton Beth Israel Synagogue and a member of the National Holocaust Monument Development Council also spoke at the site dedication. He said, “Canada is fast becoming the country with the most Jewish refugee survivors in the world.  These survivors are building their families anew, building their lives anew, and building Canada anew.

“You see, the Canada that we are living in in the twenty-first century is not the Canada of the 1940s.  We are blessed today with leaders who stand at the forefront of combatting hatred and intolerance at home and throughout the world.  This is a new Canada and the monument we are beginning to build today is a testament to the twenty-first century Canada, a nation that has reached an unparalleled level of maturity at the ripe age of 150.

“And yet we are a nation that does not forget its past or brush its issues under the rug.  This monument will serve as a stark reminder of what hopelessness meant to many future Canadians as one enters and searches with futility for a way out at the base of the monument.  The moment of hope arrives as one notices a glimmer of light piercing the darkness – our Parliament, the nation’s symbol of freedom, democracy and justice for all will shine through, guiding one’s exit from despair and entry into a world that is caring, compassionate and does not stand idly by when evil strikes. 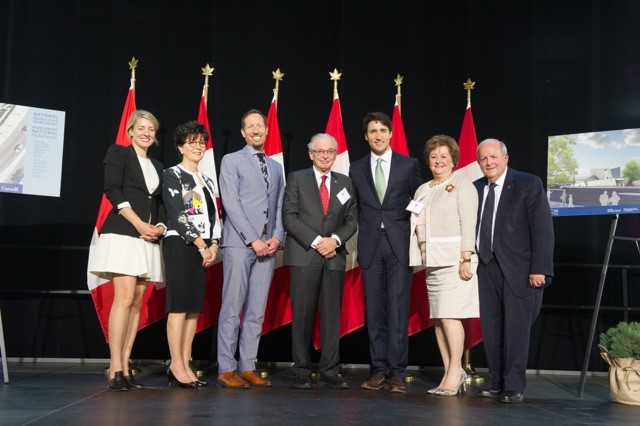 Group photo at the ground breaking ceremony of the National Holocaust Monument.

“This is a bittersweet and yet proud moment in history for all Canadians.  We are a nation like no other.  Already for the last half century, we have known that to be a truism.  Today we are cementing our national commitment as a reminder for our children and grandchildren of what it means to be Canadian.   May we live to see the day when, in the words of the Prophet of Isaiah, “nation shall not lift up sword against nation, neither shall they learn war anymore.”

“This national monument will stand as a testament to the suffering of the millions who lost their lives and families to the Holocaust and tell the stories of those who came to Canada to build a new life,” concluded Minister of Canadian Heritage Mélanie Joly.

“The Monument will serve as a reminder to future generations of Canadians to keep the lessons of history alive in our country’s consciousness. We must never take for granted our freedom, diversity, and deep commitment to human rights.”