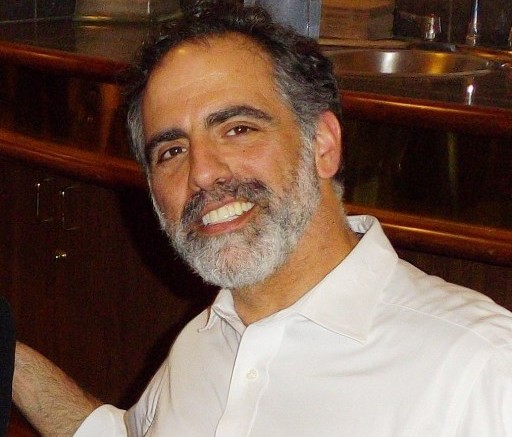 (Edmonton) – The Talmud derives the principle of judging others favourably from a verse in Leviticus (19:15): “In righteousness shall you judge your fellow” (Shavuot 30a). Literally, this verse is directed at judges. The Rabbis understood both the importance of being fair, and the need to remain impartial to both litigants (not treating one better than the other) during court proceedings. The Talmud, however, also sees this verse as a directive to all of us–so that we each set out to “judge” other individuals in a favorable manner.

I am writing this piece several days after the citizens of Canada selected the Liberal party to govern the nation.  Soon Prime Minister-designate Justin Trudeau will assume the leadership of this new government.  Indeed, “the people have spoken” and the election verdict is in, whether we agree or not. To my mind, the previously mentioned Talmud directive seems especially apropos at this time.

For many Canadian Jews, PM Stephen Harper’s administration was a source of both comfort and pride due to his unwavering support for the government of the State of Israel.  While that should be remembered and appreciated, Stephen Harper’s time as our Prime Minister has come to an end.  As a community then,  it is imperative that we move forward and engage fully with our newly chosen government.

While we should certainly analyze, carefully and critically, what Justin Trudeau has said and done in the past, as well as during his election campaign, we need to put all of this into perspective as we consider what this might mean once he assumes his new role as Prime Minister.  We should consider this relative to Israel and the wellbeing of our Canadian Jewish community, and we should attend to this on behalf of policies toward all Canadians – Jews and non-Jews alike.

I’ll forego the long explanation that I offered earlier, in a sermon presented on the first day of Rosh Hashanah, regarding the Jewish vote.  I’ll simply remind you what Rabbi Mordecai Waxman z’l said (a luminary in the Conservative movement of the 20th century)  “One cannot be a good Jew if one does not really think like  a Jew.”  He emphasized that this is not only about synagogue life or Israel, but rather about fundamental Jewish values and principles that determine how we live our lives, in general, and how we respond to life as Jews.  To my mind this can be summed up in one major life focus: Tikkun Olam – making the Jewish people and the entire world a better place to live.

I hope that many Jewish Canadians who voted for our new PM did so because they were inspired by his values which, I believe, are aligned in many ways with Jewish values, including Tikkun Olam and the pursuit of justice.

If this somehow feels like an endorsement of the new PM or the Liberal party then my words have been deeply misunderstood.  Rather, my point is that we cannot go back; the results of the election are in and we now have an opportunity and an obligation,  to engage with the new government with both open hearts and open minds.

This might be self- evident to many who are reading this article.  Never the less, as a Jewish leader, I feel obliged to stand against Lashon Hara.

Lashon Hara, literally “evil tongue” is understood as a term for derogatory speech about another person.  Lashon hara is considered to be a serious breach of Jewish law.

During the 78 days of this election, I, like so many of you, have heard plenty of Lashon Hara – horrendous accusations made about each of the party leaders vying for office. Some used the issue of Israel as a platform to defame Justin Trudeau. That included comments slandering him based on words he claims he never said, words that were later attributed to his younger brother.  When confronted with this Trudeau said: “On the issue of Iran, and Israel specifically, we (he and his brother) disagree significantly.”

There may be other issues to include in this discussion, but  the principle issue that our Jewish community is attuned to is the possible employment of BDS (boycott, divestment, and sanction) and IAW (Israel apartheid week) used to persuade the government of Israel to return the West Bank to its pre-1967 borders. On these matters, Justin Trudeau has been quoted as saying “The BDS movement and IAW have absolutely no place on Canadian university campuses.”

Trudeau’s perspective on Israel cannot be the only criteria for judging his leadership.  However, as a Jewish community, we have a responsibility to encourage support for Israel from among all the political parties in our country.  We must continue to build relationships with all of those who seek to ensure Israel’s peace and security, regardless of political affiliation.  This is especially important during this time of heightened tension in Israel, when Israeli Jews are being attacked mercilessly on the streets throughout the country.  We must ensure that our Canadian government does not use the all too common moral equivalency card.  That would simply be an unfair analysis of what is spurring the current violence.

This is a critical time, when a change in government is already in motion. I believe it is imperative that Canadian Jews allow PM Justin Trudeau to demonstrate that his backing for Israel is solid.  Perhaps it will differ from the way PM Harper expressed his support. Nevertheless, we owe it to the new PM to engage with him (and his new government) so that when we listen, observe and ultimately evaluate Trudeau and his government, it will be based on actions and not on pre-assumed outcomes.

Justin Trudeau has triggered something positive in the hearts of many Canadians; he inspires hope for a Canada once more called to its highest values. People who know him, regard him as a person of integrity, committed to achieving a more just and peaceful world.

The noblest strategy for us – the strategy that we are directed to follow based on the Talmudic quote cited above – is to afford Prime Minister Justin Trudeau the latitude to express what he considers to be in the best interests of our country.  Then, after careful consideration, we can begin to assess who he is and what he truly stands for.

Be the first to comment on "Rabbi Kliel Rose: Canadian politics – A time for reflection and reconciliation"