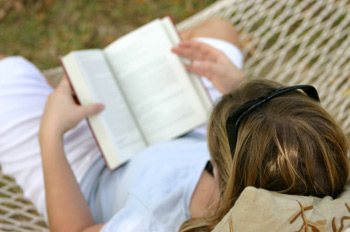 First it’s snowing, then it’s raining, then it’s icy, then there’s a beautiful, warm spring day followed by… snow, then rain, then ice… You get the idea. There’s only one thing to do when the weather is this volatile: read. (Bet that came as a surprise.) The three novels in this review don’t have much in common except for featuring Jewish characters, but all offer something of interest. 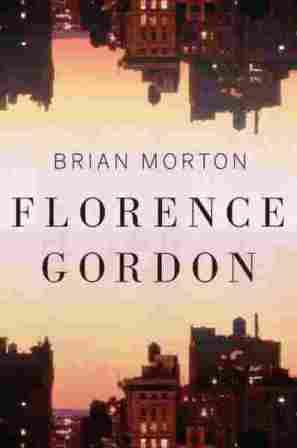 Have you ever fallen in love with a fictional character? By page 3 of Brian Morton’s “Florence Gordon” (Houghton Mifflin Harcourt), I was in love with the 75-year-old Florence. Her current life is so intellectually interesting she has no interest in recapturing her youth. She accepts what it means to be old, but feels young inside because ideas still inspire her. After all these compliments, what confirmed my love for her, though, was this statement: “She was also, in the opinion of many who knew her, even in the opinion of many who loved her, a complete pain in the neck.”

Florence is a crotchety, feminist New York City Jewish intellectual who has no patience for anyone not up to her intellectual speed. This includes her son, Daniel; daughter-in-law, Janine; and college-age granddaughter, Emily. In fact, she’s not thrilled that Daniel’s family is on an extended stay in the city, even though they have their own apartment and lives. Florence finds Janine’s admiration irritating and doesn’t understand Daniel’s life choices – from his enlistment in the armed services to his current work as a police officer. Only Emily may prove interesting, but that depends on her intellectual stamina and her willingness to follow Florence’s example. However, anything that interferes with Florence’s current work – a memoir of the 1960s feminist movement – is an inconvenience. What she doesn’t realize, though, is that the members of her family are facing their own challenging dilemmas.

The beauty of Morton’s work is not only the creation of four fascinating characters, but the author’s ability to make us feel their emotions – the wise and foolish ones. The novel also features several wonderful chapters that make it crystal clear just how easily we misinterpret other people’s reactions – seeing them as a mirror of our own emotions rather than understanding their behavior may have nothing to do with us. “Florence Gordon” is the rare novel I didn’t want to see end, at least until I could read Florence’s memoir. 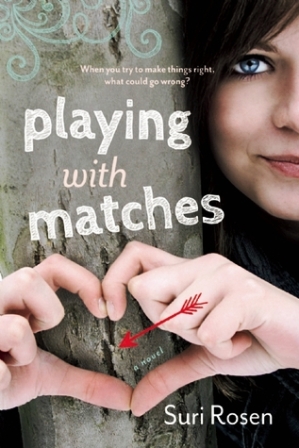 Poor 16-year-old Raina Resnick. After traveling around the world with her family, she finally made friends at her new school in New York City. Unfortunately, trying to be popular got her into so much trouble that she was expelled and forced to move to Toronto to live with her strict Orthodox aunt. If Raina messes up there, then she’ll be moving to China to live with her parents and be home schooled. In “Playing With Matches” by Suri Rosen (ECW Press), this engaging teenager discovers that doing a good deed is not as simple as it seems.

Toronto is difficult for Raina: the girls in her new school snub her and her beloved older sister, Leah, blames Raina for her broken engagement. The only good thing to happen is Raina’s successful attempt at matchmaking. Although that was supposed to be a one-time deal, word soon gets out and Raina is forced to set up an anonymous “Matchmaven” e-mail account. After being inundated with requests, her schoolwork suffers so badly that Raina wants to close down the account, that is until she has the opportunity to help someone she loves find happiness.

While “Playing With Matches” is aimed at a teen audience, adults who enjoy light fiction will also find it absorbing reading. Raina seems like a sweet teenager, even before she learns the life lessons the author is intent on teaching her. Rosen has a light touch, so these lessons – which include some for the adults in Raina’s life – are easy to swallow. 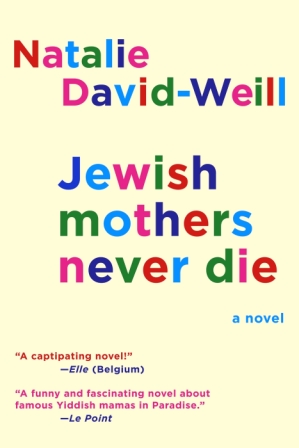 While I’m going to resist the temptation to make jokes about the title of Natalie David-Weill’s “Jewish Mothers Never Die” (Arcade Publishing), many people would suggest Jewish mothers stay alive in their children’s minds long after they’ve gone to their grave. Whether or not that’s a good thing is open to debate.

When Rebecca Rosenthal dies, she finds herself in a heaven inhabited by the mothers of famous men, for example, the mothers of Sigmund Freud, Albert Einstein, Groucho Marx, Marcel Proust, Romain Gary and Albert Cohen. Rebecca realizes she has one thing in common with these women: she, too, worries about the son she left behind.

According Minnie Marx, you don’t have to be Jewish or a mother to be a Jewish mother: “It’s an expression, that’s all: a synonym for being loving, devoted, heroic, possessive, demanding, paranoid, anxious, unbearable, nosy, and obsessed with one’s children.” Obsessed is the correct word: Although, except for Rebecca, their children are long dead, the women spend their time talking about their sons, for example, whose accomplishments were the greatest, who suffered the most difficulties in life, who was closest to his mother… The list could go on, as each mother tries to prove her son was special or unique. This leaves readers with more talk than action. However, that’s not a complaint, since the discussions are interesting, particularly when they focus on literature. I was so intrigued by the material on the unfamiliar Cohen and Gary that I looked for more information about their Jewish-themed novels online.

Sections of “Jewish Mothers Never Die” struck me more as a lecture than a novel, but that’s not surprising since, David-Weill has a Ph.D. in French literature. This odd-ball work was a fun change of pace, especially since it was short. At 180-some pages, these women are interesting; if the novel was much longer, they might have become unbearable.

Be the first to comment on "Three reads for spring"