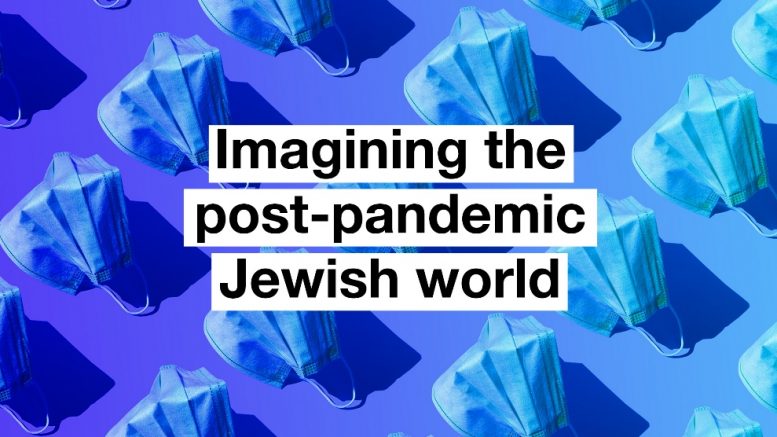 NEW YORK (JTA) — After nearly two months of intense social distancing, we are all finding ourselves longing for things to return to normal — and recognizing that it might be a long while before that happens.

But is a return to business as usual really what we should aim for? The extended disruption gives us a chance to take stock of how we’ve operated up to now, consider alternatives and even build a better vision for the future.

We’re already seeing that happen across the Jewish world. Jews of all denominations have tapped digital tools to deliver the Torah and connection that had been largely analog. The heartbeats of Jewish life — weddings, funerals, bar and bat mitzvahs, studying Torah, cooking together, telling jokes and daily minyanim — have been reimagined to match the circumstances. And communities are stepping up to support their neediest members in new ways.

But those have mostly been quick fixes, responsive and scattershot rather than carefully considered and coordinated. What if we had a shared vision for the Jewish future, so we could do more than just fumble our way there?

We’ve asked some of the most thoughtful people we know to share their best ideas for the post-pandemic Jewish future. Below are the first pieces in this series — we’ll be adding more to this list in the days and weeks to come.

We want these ideas to start conversations and inspire new visions that can help the Jewish people weather this crisis and emerge even stronger. Use #JewishFuture to share your ideas on social media. If you’d like to submit an essay for consideration, email opinion@jta.org with “Visions Project Submission” in the subject line.

• Saturday Night Seder showed the power of accessible Jewish art. Does it really take a plague to make it happen? by Benj Pasek

• More people than ever are making Jewish food. Let’s make this connection to tradition last. by Shannon Sarna

• We’re all Jewish homeschoolers now. That’s one shift that should stick around. by Bethany Mandel

• Today, we’re mourning the loss of our social spaces. Tomorrow, let’s redesign them. by Hannah Lebovits

• Anti-Semitism was already on the rise. Now we must contend with its post-pandemic forms. by Jonathan A. Greenblatt

• We built Jewish education around once-in-a-lifetime experiences. That was a mistake. by Rabbi Benji Levy

• Frontline workers are heroes. We can show our appreciation as we repair our world. by Randi Weingarten

• Vulnerable Jewish communities are suffering through this crisis. We must not forget them when it’s over. by Hen Mazzig

Be the first to comment on "Visions for the post-pandemic Jewish world: Imagining a better future"