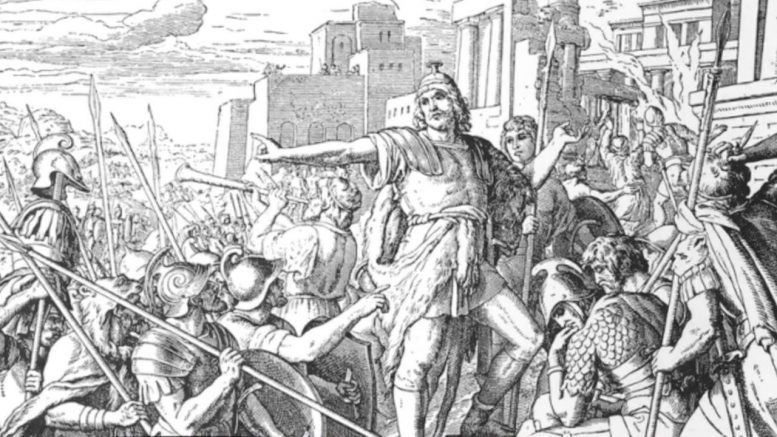 (My Jewish Learning via JTA) – In 168 BCE, the ruler of the Syrian kingdom, Antiochus Epiphanes IV, stepped up his campaign to quash Judaism, so that all subjects in his vast empire — which included the Land of Israel — would share the same culture and worship the same gods.

(Note: There is some dispute about the exact dates of the Maccabean revolt and its various battles.)

He marched into Jerusalem, vandalized the Temple, erected an idol on the altar, and desecrated its holiness with the blood of swine. Decreeing that studying Torah, observing the Sabbath, and circumcising Jewish boys were punishable by death, he sent Syrian overseers and soldiers to villages throughout Judea to enforce the edicts and force Jews to engage in idol worship.

When the Syrian soldiers reached Modin (about 12 miles northwest of the capital), they demanded that the local leader, Mattathias the Kohein (a member of the priestly class), be an example to his people by sacrificing a pig on a portable pagan altar. The elder refused and killed not only the Jew who stepped forward to do the Syrian’s bidding, but also the king’s representative.

With the rallying cry “Whoever is for G-d, follow me!” Mattathias and his five sons (Jonathan, Simon, Judah, Eleazar, and Yohanan) fled to the hills and caves of the wooded Judean wilderness.

Joined by a ragtag army of others like them, simple farmers dedicated to the laws of Moses, armed only with spears, bows and arrows, and rocks from the terrain, the Maccabees, as Mattathias’ sons, particularly Judah, came to be known, fought a guerrilla war against the well-trained, well-equipped, seemingly endless forces of the mercenary Syrian army.

In three years, the Maccabees cleared the way back to the Temple Mount, which they reclaimed. They cleaned the Temple and dismantled the defiled altar and constructed a new one in its place. Three years to the day after Antiochus’ mad rampage (Kislev 25, 165 BCE), the Maccabees held a dedication (hanukkah) of the Temple with proper sacrifice, rekindling of the golden menorah, and eight days of celebration and praise to G-d. [Proper] Jewish worship had been reestablished.

Perhaps the most famous part of the story is what happened next: a tiny jar of oil kept the candles burning for the full eight days. However, this detail does not appear in any Jewish texts until 600 years later in the Talmud, mentioned in a larger discussion of why Hanukkah observance is so important.

(Lesli Koppelman Ross is a writer and artist whose works have appeared nationally. She has devoted much of her time to the causes of Ethiopian Jewry and Jewish education.)

(Reprinted with permission from “Celebrate! The Complete Jewish Holiday Handbook.”) 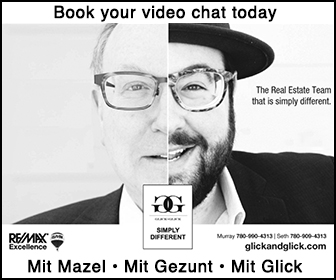 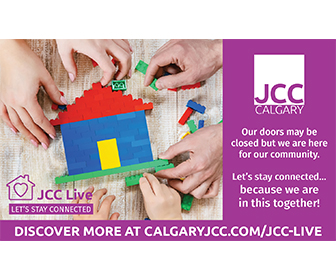 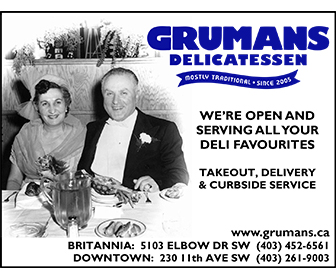 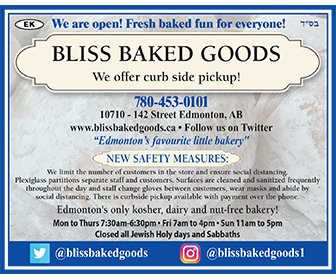