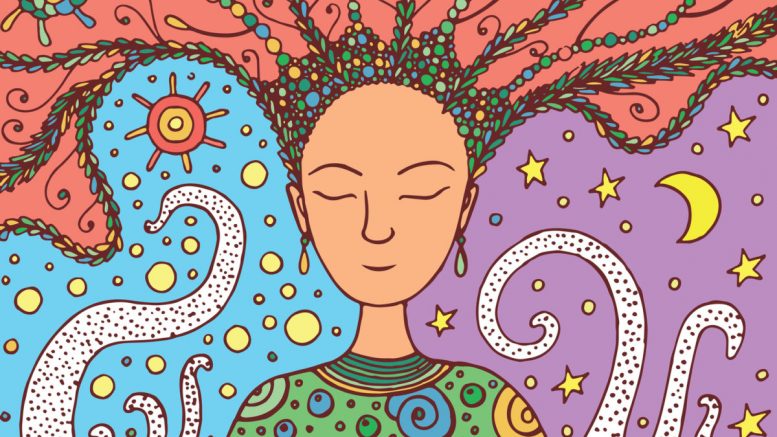 (Kveller via JTA) – Growing up, I was often viewed as “religious” among my peers. You might think this is a compliment, but it rarely was because that label was often accompanied by another one: “judgmental.” Because I was more strict than others in some areas of observance, it was often assumed that I looked down on those who were less strict.

To counter that image, I learned to be as subtle as possible when it came to my Jewish practice. (After all, if I hide the fact that I’m going to pray, no one will think I’m judging them for not doing so, right?) I learned to be self-deprecating. (Ha ha, you know me! I have this crazy idea that my skirts should cover my knees, so will you humor me when we shop together?)

Basically, I learned to keep my mouth shut. And while thinking before speaking is generally a great habit, it’s hard to develop a real friendship when you’re afraid to share anything about yourself without a million disclaimers. Even among those friends who did accept me without issues, I was always on edge.

In the interest of increasing the peace — and hopefully ending debates about who’s being judgy about whom — here are a few things I may do that don’t necessarily mean I’m judging you.

1. Doing my thing that’s different from your thing

I pray twice a day from a set text. You don’t. But until and unless I tell you that you should be doing what I do, you have no reason to assume I think that. If you were to ask me, I would actually tell you there are lots of different opinions about the precise nature of the obligation to pray. Of course, since you didn’t ask, I won’t presume to tell you. I’ll just keep doing my thing.

2. Noticing that you’re doing your thing

Your thing may be different from my thing: I may be wearing a long-sleeved shirt and you may be wearing a cropped tank top, and that will not escape my notice. But again, until I actually say something about it, you have no idea what I think of your outfit — or more to the point, of you for wearing it. Maybe I think it’s too revealing; maybe I think it’s too conservative. Maybe I think it’s beautiful; maybe I think it’s ugly. I likely have some thoughts because I’m human, and humans think (I hope) about what they observe. But what I think doesn’t matter, unless we decide together to engage in conversation about it. All that matters about what you do is this: It’s what you do.

3. Not eating your food

If I decline a treat or meal that you offer me, it’s not because I think you’re evil or that you’re going to spit in it, or even that you don’t keep kosher if you say you do. But here’s the thing: There are a lot of rules involved in keeping kosher, and a lot of opinions about those rules. I don’t even know all of them; I rely on those who have expertise about these intricacies. I eat at the homes of individuals whose approach I know to be similar to mine. If I don’t know enough about which viewpoints you rely on, I won’t eat the food you offer. I’m not passing judgment on you or your food or how religious you are; I just don’t have enough information.

4. Expressing surprise at what you do (or don’t do)

I’ve observed so many exchanges — usually online — in which, for instance, one person equates “Orthodox” with “observant,” and a Jewishly observant person who is not Orthodox takes offense. But how was the other person to know? If I never learned about your approach — if I’m misinformed — tell me!

People are frequently surprised to learn that I study Talmud because historically it was not a common pursuit for Orthodox women. I’m not offended; on the contrary, I’m grateful when someone expresses surprise because I get the opportunity to change someone’s world. I get to educate someone to realities outside their experience — and I hope others will similarly educate me when there’s something I simply didn’t know.

5. Believing that I’m right (and even that you’re wrong)

OK, this is a tricky one. But I think there’s a difference between making a judgment and being judgmental, and that distinction might solve a lot of the misunderstandings described above.

If I believe G-d gave the Torah to the Jewish people and that those laws, as interpreted by certain rabbis, are binding on all Jews, then I’m basically saying everyone who disagrees, every Jew who does things differently from me, is wrong. And yes, you could call that judging: I’m passing judgment on your viewpoints and deeming them to be wrong. I’d rather call it integrity, though, and being true to my beliefs.

Similarly, I hope, and assume, that you are also true to your beliefs. So what cause could I possibly have to be judgmental? Why would I think badly of you for having the integrity to behave in accordance with your beliefs, just like I strive to follow mine? I might think you’re wrong — but that doesn’t mean I think you’re bad or stupid. I just disagree, and I hope we can respect each other enough to allow for those disagreements.

Of course, nobody’s perfect. There may be times when, yes, someone is judging you. But I think it’s worthwhile to assume the best. Even if you think I made a face at you for wearing pants, or sneered as you drove by me on Shabbat afternoon, remember there’s a distinct possibility that I had an eyelash in my eye or food I was trying to work out of my teeth just at that awkward moment.

Acknowledging and discussing our differences, without assuming the worst, is the only way we can truly get to know and respect each other. And I judge that to be a pretty worthy goal.

(Sarah Rudolph lives in Cleveland with her family. She has been teaching Jewish text studies for over 10 years to students ranging from elementary school to retirement age. More recently, she has begun a foray into blogging for such sites as The Times of Israel and The Torch.)

Be the first to comment on "Yes, I’m an Observant Jew. But I’m Not Judging You If You’re Not."