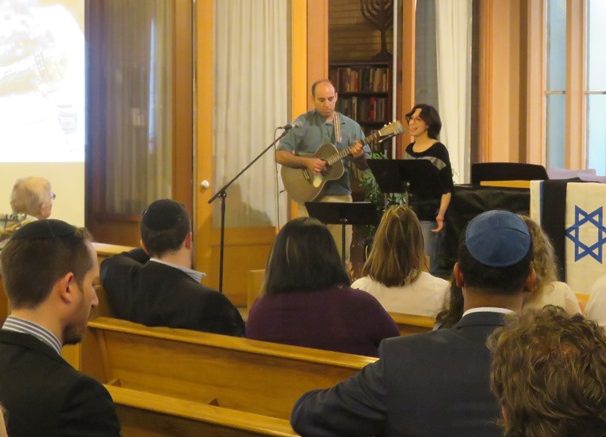 (EJNews) – Yom Hazikaron – a day to remember and pay tribute to Israel’s fallen soldiers and victims of terror attacks – was commemorated in Israel and around the world on April 17. In Edmonton, Yom Hazikaron was commemorated at Temple Beth Ora. The event, open to the entire community, was sponsored by the Jewish Federation of Edmonton. It commenced with the haunting sound of a siren, followed by a moment of silence as it does in Israel.

This year in Edmonton, the ceremony was dedicated to the lone soldiers who came from all over the world to serve in the army and fell in war or in terror attacks. The personal stories of three lone soldiers were shared at the ceremony, followed by poetry, songs and reading passages written to commemorate those who have fallen.

The ceremony was conducted both Hebrew and English.

Photos from the event can be viewed here.